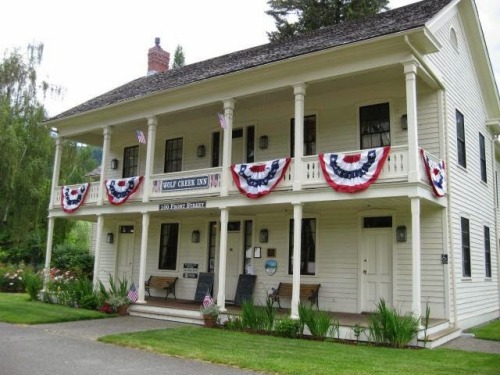 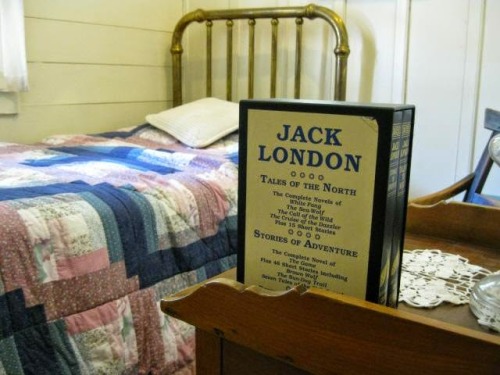 This inn was originally called the “Wolf Creek Tavern” when it opened in the 1880s. It is the oldest continuously operated inn in the Pacific Northwest.

In its heyday, it serviced weary travelers that made the 16-day journey north from San Francisco to Portland, Oregon.

Jack London is said to have finished his story Valley of the Moon while staying at Wolf Creek in the summer of 1911. He is one of the spirits that have been seen and heard in the inn since his death in 1916.

The inn today has a variety of spirits that still make appearances. One favorite ghost story is about a stagecoach driver named, One-Eyed Charlie Parkhurst. During the Gold Rush years Charlie was known to be one of the toughest drivers along the northern route.

Quotes about Charlie include: “He drove his team hard, cussed up a storm and spat tobacco juice harder than anyone else.”

Charlie had a reputation for never missing a day’s work—except the day after payday when he was too hung over to drive.

In 1868, Charlie registered to vote, he told friends so he could vote for Ulysses S. Grant.

When Charlie Parkhurst died at the age of 67, the mortician that tended his body was in for a shock. Charlie was actually “Charlotte” an orphan girl who escaped her life by hiding as a man.

When Charlie voted in the 1868 presidential election some believe she was the first woman in the U.S to cast a vote.

For years, people who have visited Wolf Creek claim to have seen the ghost of a rough dressed man on the main floor at the inn. This ghost’s voice has been picked up on EVPs. Many believe this is One-Eyed Charlie.

But the facts point to another conclusion. Charlie died four years before the Wolf Creek Tavern opened. So it is unlikely her ghost is the one seen. But this story was too good to pass up.

This inn is owned by the state of Oregon and is on the National Register of Historic Places.