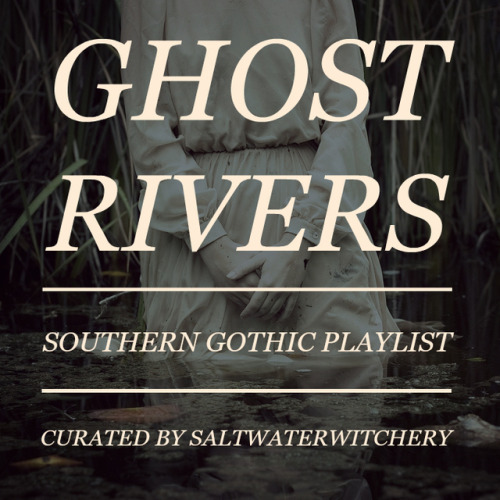 Southern Gothic (also known as Gothic Americana, or Dark Folk) is a genre of music characterized by a fusion of alternative rock and classic country/folk. The genre shares thematic connections with the Southern Gothic genre of literature, and indeed the parameters of what makes something Gothic Americana appears to have more in common with literary genres than traditional musical ones. Songs often examine poverty, criminal behavior, religious imagery, death, ghosts, family, lost love, alcohol, murder, the devil and betrayal.

“It was always so hot, and everyone was so polite, and everything was all surface but underneath it was like a bomb waiting to go off. I always felt that way about the South, that beneath the smiles and southern hospitality and politeness were a lot of guns and liquor and secrets.”
― James McBride, The Color of Water: A Black Man’s Tribute to His White Mother

As a southern woman and a southern witch, I can assure you that our region is haunted: by the past, by ghosts, by untold secrets, by an ancient magic that so few know how to tap into.  This music has always been an inspiration to my craft.  I hope you enjoy the as much as I loved creating it.  –Salt

Listen to “Ghost Rivers: a Southern Gothic Playlist” on Spotify.