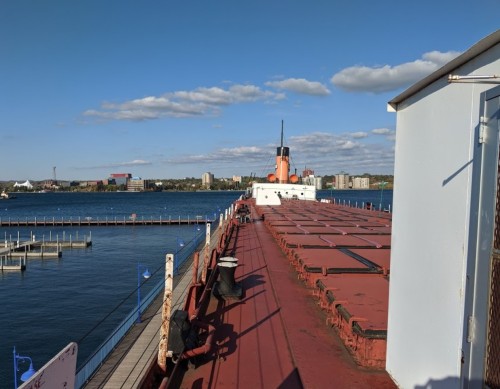 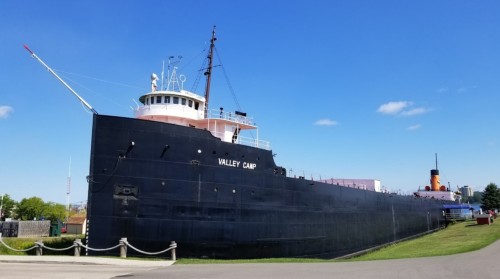 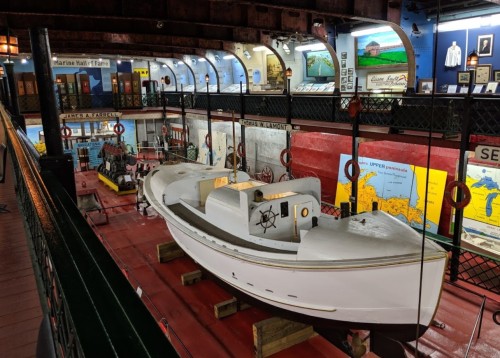 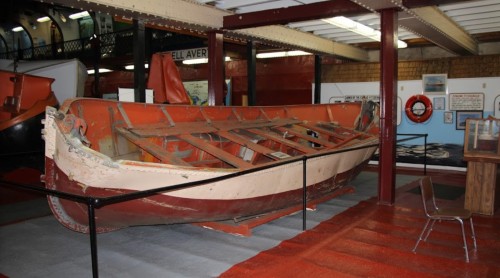 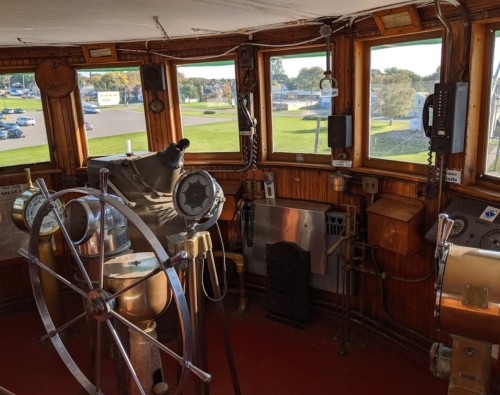 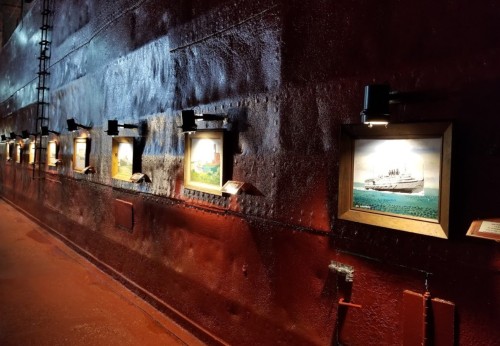 The SS Valley Camp is a 550-foot long industrial #freighter powered by a single 1,800-horsepower triple expansion reciprocating #SteamEngine. It was constructed in 1917 by the National Steel Corporation, and remained an active maritime vessel until 1966, at which point it was purchased by a company called Le #SaultSainteMarie Historical Sites, Inc for use as a #HistoryMuseum. The #historic freighter features a number of unique exhibits, including four 1,200-gallon #aquariums, various items recovered from #shipwrecks, and a number of other antique maritime relics and artifacts. Guests visiting the Valley Camp #Museum Ship often report witnessing #apparitions and #ShadowFigures, as well as experiencing other unexplained #paranormal phenomena, such as disembodied voices, footsteps, and other strange sounds. One popular exhibit featured in the museum displays two battered lifeboats which were recovered from the wreckage of a ship called the SS #EdmundFitzgerald, which sank in a tragic storm on November 10, 1975, killing all 29 crew members onboard. Over the years many tourists observing the two lifeboats have reported experiencing overwhelming feelings of sadness and despair, which subside upon leaving the exhibit. The Valley Camp Museum Ship was added to the National Register of Historic Places in February of 1972, and still features much of the ship’s original interior paneling and other features.