Unexplained mystery of the Bennington TriangleBetween 1920 and… 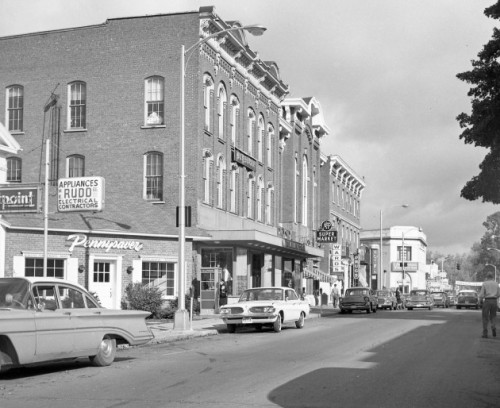 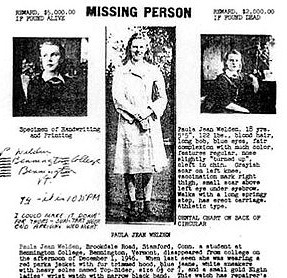 Unexplained mystery of the Bennington Triangle

Between 1920 and 1950, Bennington, Vermont was the site of several completely unexplained disappearances:

The first occurred on November 12, 1945 when 74-year-old Middie Rivers disappeared while out hunting. Rivers was guiding a group of four hunters up the mountains. On the way back Rivers got ahead of the rest of the group and was never seen again. An extensive search was conducted and the only evidence found was a single rifle shell that was found in a stream. The speculation was that Rivers had leaned over and the shell had dropped out of his pocket into the water. The disappearance had occurred in the Long Trail Road area and U.S. Route 9. Rivers was an experienced hunter and fisherman and was familiar with the local area.

On December 1, 1949, Mr. Tetford vanished from a crowded bus. Tetford was on his way home to Bennington from a trip to St. Albans, Vermont. Tetford, an ex-soldier who lived in the Soldier’s Home in Bennington, was sitting on the bus with 14 other passengers. They all testified to seeing him there, sleeping in his seat. When the bus reached its destination, however, Tetford was gone, although his belongings were still on the luggage rack and a bus timetable lay open on his empty seat. Tetford has never returned or been found.

On December 1, 1946, an 18-year-old student named Paula Welden vanished while taking a walk. Welden was walking along the Long Trail into Glastenbury Mountain. She was seen by a middle-aged couple that was strolling about 100 yards behind her. They lost sight of her when she followed the trail around a rocky outcropping, but when they rounded the outcropping themselves, she was nowhere to be seen. Welden has not been seen nor heard from since.

In mid-October, 1950, 8-year old Paul Jepson disappeared from a farm. Paul’s mother, who earned a living as an animal caretaker, left her small son happily playing near a pig sty while she tended to the animals. A short time later, she returned to find him missing. An extensive search of the area proved fruitless.

The fifth and last disappearance occurred sixteen days after Jepson had vanished.

On October 28, 1950, Freida Langer, 53, and her cousin Herbert Elsner left their family campsite near the Somerset Reservoir to go on a hike. During the hike Langer slipped and fell into stream. She told Elsner if he would wait, she would go back to the campsite, change clothes and catch up to him. When she did not return, Elsner made his way back to the campsite and found Langer had not returned and that nobody had seen her since they had left.

Over the next two weeks a total of five searches were conducted involving aircraft, helicopters and up to 300 searchers. No trace of the woman was found then. On May 12, 1951, her body was found near Somerset Reservoir, in an area that had been extensively searched seven months previously. Because of the long time the body had been exposed to the elements, no cause of death could be determined.

Langer was last person to disappear and the only one whose body was found. No direct connections have been identified that tie these cases together, other than general geographic area and time period.

Unexplained mystery of the Bennington TriangleBetween 1920 and…