Types of Shadow PeopleShadow people are likely the most common… 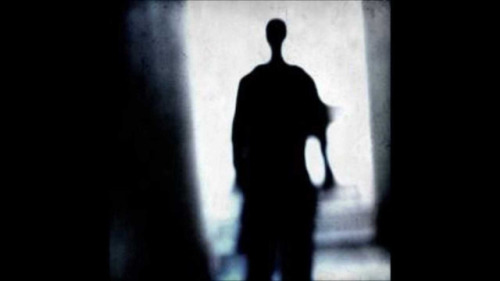 Through ghost investigation of shadow people, our findings concluded that shadows of different types are either human or animal in nature. The shadowed form seemed to also differ due to size of the person or animal. Incomplete forms, such as hands or feet missing, were likely more the result of an incomplete manifestation or movement.

If the shadow person is negative, traumatic, or ill-willed, the form often is seen as a heavier, darker mass. Ill-willed specters appeared more diabolical, controlling, and adept at altering appearances to seem more ominous. Manipulating others through fear, they often cause people to feel dread, sparking great fear in those whom they wish to attack. Still, most shadow people are not ill-willed or pose a threat. Often, they are deceased loves ones who either want to observe, watch over us, or even seek our help so they can resolve past issues.

When shadow ghosts become visible to the human eye, it would seem that one of the first forms that may be noticed is a mist. This would explain why some shadow ghosts appear in a fog-like manner or why the end of limbs might be incomplete. As the entity comes further into view, the black mass will begin to take on the shape of a person or animal form. Still, details of the shadow have not yet emerged, so eyes might not be seen, etc. If the manifestation continues, the shadow person will sometimes become visible as a see-through apparition. A seasoned ghost investigator and friend of mine recently witnessed a complete apparition appear before her eyes. The shadow person slowly became transparent and colored in form. Soon, she knew she was looking at a man who had formerly worked at a coal mine where she now resides. Her account is highly credible and fantastic confirmation of the stages of how ghosts might fully become visible to us.

It seems like a mistake for us to classify shadow people into ‘types.’ However, we cannot rule out the possibility that other entities might look like shadow people. There could be other plausible explanations for shadows that look like people, such as astral travelers of the earthly realm (people who purposely practice having out of body experiences in order to become a temporary disembodied human spirit), psychically-created, thought-form ghosts known as tulpas, or if at times we appear to others elsewhere while asleep. We could be in two places at once. How can we know for sure?

This type of shadow person is self-explanatory and the most common seen by witnesses. The only differences in description might be due to how well the ghost has become visible coupled with the mental condition of the disembodied person. Shadow ghosts have been described as sometimes missing facial features, details of clothing, hair, or outer extremities, such as hands, feet, etc. The shadowed mass can be transparent but has also been described as dark “black static.” Shadow people are often thought to be male in appearance, although children and women have been described in accounts.

Shadow people move quickly, are able to disappear into walls, through doors, etc. Many people claim to be able to see shadow people easier through peripheral vision, especially when the shadow is moving, often causing witnesses to feel like they are being watched. Many times, shadow people are just afraid as those who see them. It is common for them to run and hide. There are some ill-willed specters who attack while in shadow form, sometimes while people are in bed.

This is one of the most common of shadow people sightings. Many times, the shadow person may not keep their shape when moving fast or be seen as a dark mist before becoming fully visible. They are intelligent and tend to frighten people who cannot readily identify them as a human form.

Sometimes, animals are seen as apparitions or in shadowed form. It is more common to see smaller animals as lower to the ground, moving shadows. Eye-witness accounts of shadow animals are less common than sightings of shadow people.

Other Types of Shadow People

It is not uncommon for people to see a shadow ghost peeking from around a corner. Shadow people typically prefer the cover of darkness. This is likely because they can remain more covert, blending in with shadows. The ghosts of children are smaller and often tend to be more playful. Both adult and child will sometimes peer around corners or from behind objects to see if the coast is clear to move about.

Shadow ghosts have also been seen wearing hats. It is not uncommon for people who are disembodied to still mentally project their image wearing clothing. Apparitions of people attest to this fact, as sightings of see-through ghosts are often described wearing clothes or period dress from their era. Many believe the “hat man” type of ghost to be something other-worldly, but their traits seem to be human.

Other strange anomalies associated with shadow ghosts tend to be disturbing to people. Red eyes, or horns, for example, make this type of shadow ghost seem demonic in appearance. Our investigations and experiments with such entities revealed them to be ghosts very capable of altering appearances in order to deceive and frighten victims. Just like there are people who frighten us here in the physical world, there are ghosts of people who choose to exhibit the same behavior after their body has expire.

Types of Shadow PeopleShadow people are likely the most common…