Time SlipsThis is a paranormal phenomenon in which a person or… 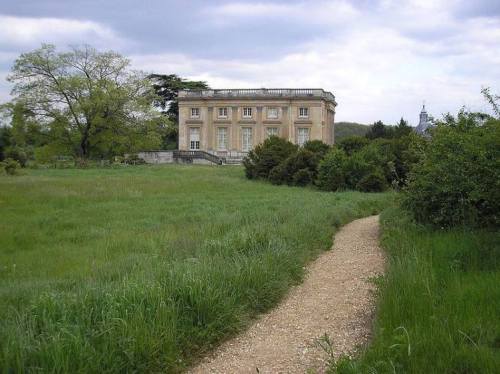 This is a paranormal phenomenon in which a person or group of people travel through time. It is not known how or why this happens. The result is many people discount these claims.

In the summer of 1901 two English ladies Charlotte Anne Moberly and Eleanor Jourdain claim they stepped back in time to the French Revolution while walking near the Petit Trianon at Versailles.

In another post I will talk about their story in depth. Rosemary Ellen Guiley includes a nice summary of this case in her book, The Encyclopedia of Ghosts and Spirits.

In the 1970s a more recent case of a time slip was featured on the British television series entitled, Strange But True? This case involved two English couples on holiday. The Simpsons and Gisby’s were driving through France on their way to Spain when they decided to stay overnight in a quaint old-fashioned inn they found.

It was ridiculously cheap and the food served was good so they decided on their way back they would stay at the same inn. But on their return journey they could not find it–even though they spent time looking for it. Back at home, both couples had the photographs they took on this trip developed.

But all of the photos these two couples took at the old inn were missing when they picked up their pictures separately. Even both sets of negatives were missing.

On Bold Street in Liverpool a whole series of time slip occurrences have been recorded. Some consider them just urban legends. They started in the 1990s and supposedly they are still happening today. Here is just one of these stories.

The following was told by a Merseyside Policeman who traveled back in time in July of 1996 in Liverpool ‘s Bold Street area.

Frank who was off duty went shopping with his wife, Carol in Liverpool one sunny Saturday afternoon. At Central Station, the pair split up. His wife went to buy a book at Dillons and Frank went to look for a music CD he wanted.

Afterwards he found himself on an incline near the Lyceum Post Office, which leads onto Bold Street. Planning to meet up with his wife he suddenly noticed he was surrounded by an eerie silence.

Out of nowhere a small box van that looked like something out of the 1950’s sped across his path, honking its horn as it narrowly missed him. Frank noticed the name on the van’s side. Caplan’s–but they hadn’t been in business for years.

Frank now confused looked at his shoes to discover he was standing in the middle of the road. He quickly crossed to the sidewalk and saw that Dillons Bookshop now had Cripps over its entrance. More confused he saw no books but a display of women’s handbags and shoes.

He then noticed the people around him were dressed in clothing from the 1940s. To his relief he spotted a young girl dressed in modern-day fashion. He smiled at her as she walked past him and entered Cripps.

He followed her into the transformed store but as he entered the building–it was once more Dillons Bookshop. As the young girl left the store he caught her attention. He asked her “Did you see that?’”

She replied,”Yeah, I thought it was a clothes shop- I was going to look around, but it’s a bookshop.”

Cripps and Caplan’s were businesses based in Liverpool in the 1940s and 50s.

Time SlipsThis is a paranormal phenomenon in which a person or…