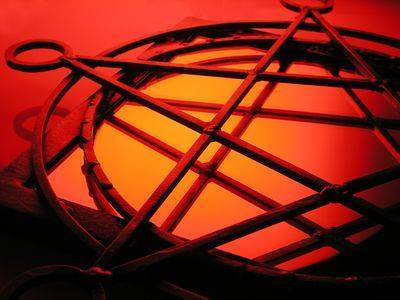 There are many superstitions involving mirrors. The broken mirror is probably the focus of more superstitions than any other subject is. Breaking a mirror is supposed to bring seven years of bad luck. These stories evolved from the times when people used water as a mirror. They looked into the water to see their fates. If the image was distorted, the viewer would die. The beliefs changed, as the mirror changed form. Early people imagined they saw the image of their soul in a mirror. If the mirror was broken so was the soul, and it was a sure sign of a person’s death.

The seven year’s bad luck seems to have evolved from the ancient Rome belief that seven years was the time period it took for a soul to renew itself. The Romans are also responsible for little known remedy useful for anyone who breaks a mirror – the only way that you could overcome the seven years bad luck is to bury the broken mirror pieces very deeply in the ground.

Many families cover all mirrors in the house if someone dies. This is to prevent the soul’s deceased from getting trapped in the mirror. In some ancient cultures when a loved one was murdered, died in a horrible accident or died from suffering from unrequited love, all mirrors must be covered, because the spirit of dead would be hanging about, looking for a body to posses in order to resolve a important issues before moving on.

If a mirror in the house falls from a wall and breaks on its own, it means someone is going to die.

Vampires and witches are not supposed to show reflection in mirrors because they have no souls.

Some cultures believe that a baby should never be shown its own reflections before it is a year old, else it will die

Actors believe its bad luck to see their reflection in a mirror while looking over another’s shoulder.

If you want to know what your future husband looks like, you sit down in front of a mirror and eat an apple. After that you start brushing your hair, and an image of your future beloved will appear behind your shoulder in the mirror’s reflection.

There are two good sources for the origins of the superstitions surrounding mirrors. First, people often attributed the supernatural links to things that they do not understand. Mirrors are believed to posses a power beyond the natural, a reflection of the truth, and so became a repository which is handy for many mystical and supernatural ideas.

A scare tactic was the other origin. In old times, mirrors were very expensive, especially not high quality, defect-free mirrors that are taken for granted today and it was a handy mechanism to attribute seven years of bad luck to their destruction.