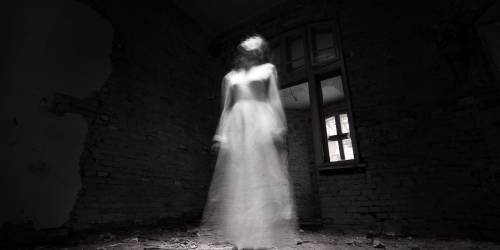 A White Lady is a type of female ghost reported to appear in many rural areas, and who is supposed to have died or suffered trauma in life. White Lady legends are found around the world. Common to many of them is the theme of losing or being betrayed by a husband or fiancé. They are often associated with an individual family line, as a harbinger of death. When one of these ghosts is seen it indicates that someone in the family is going to die, similar to a banshee .

Generally, the aspects of this phenomenon are that the ghost is female, dressed in late era Victorian garb, seen while driving along a rural road, and associated with some local legend of tragedy.

Most reports referring to white ladies have some common attributes. They have white cloudy eyes and not very long white hair. Their skin is white like milk in such a way it can’t be distinguished from their clothes. Though every single part of a white lady is white as milk, you can still see the very details of her hair, nose, eyes, eyebrows and lips. Her face seems to be sad for some reason and, in contrary to what many think, isn’t supposed to be scary at all.

White ladies are reported to look directly to one’s eyes. Most people who claim to have an experience of a white lady apparition report that they felt she wanted to tell them something. White ladies appear to specific people and usually do not appear more than one person at a time. In most cases the white lady disappears when the one experiencing the apparition calls somebody to watch her.