The Vampire Beast Of North CarolinaThis mystery begins in the… 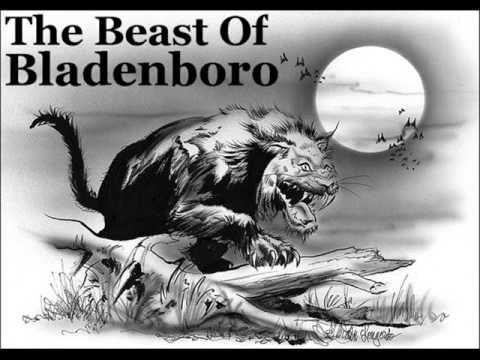 The Vampire Beast Of North Carolina

This mystery begins in the small rural town of Bladenboro, NC over fifty years ago. In January of 1954, what has been called a “Vampire Beast” had the residents of Bladenboro and nearby towns horrified. People were growing hysterical during the 10 day livestock killing spree, that to this day remains unexplained. Parents would keep their children from going outside and hardly anyone would venture outdoors after the sun went down. But what was causing this fear and panic in Bladenboro?

It was believed then and still believed by some today, that a type of creature unknown to science had attacked and killed goats, family pets and more. Even stranger was the way in which these animals had met their fate. The bodies of the animals were in perfect shape, other than the fact that all blood had been drained from them. This odd finding is what gave rise to the name “Vampire Beast” in the state of North Carolina.

The few eyewitness reports described the beast as having the face of a cat and the body of a large dog. Large claws and vampire like teeth were also described. One young girl in 1954 reported being chased back into her home by the unidentified creature.

Teams of men were organized to hunt and kill the mysterious beast, before it caused more damage or attacked human victims. The hundreds of men who volunteered never caught or killed the beast, but the Vampire Beast seemed to have curbed it’s appetite for blood as the killings slowed and eventually stopped.

Fast forward over fifty years (2007) and the small town of Bladenboro was causing a stir again. It seemed that their unwelcome guest had returned and the deaths of goats and dogs had continued. The killings seemed eerily similar to those from a half century earlier, causing many to believe that the beast had returned. Even more disturbing was that the beast seemed more mobile, with similar animal deaths as far away as two hundred miles. Was there more than one Vampire Beast in NC?

By the end of September, 2007, there had been over sixty strange and unexplained killings in which the victims blood had been drained, yet the body was left intact. Whatever was taking these animals down, was doing it quickly, easily and apparently had no use for the bodies.

In one strange case from Bolivia, NC, a man’s pet dog was killed while still attached to his outdoor chain by an unknown creature. Upon finding the body of his pet, the man buried it in a field a good distance away from his back yard. The next day, the man awoke to discover his dogs unearthed body, lying in the same spot that he had found it the day before. This is an interesting twist to the Vampire Beast tales that has yet to be explained. A few days later, the man’s neighbor lost his pit bull in a nearly identical way, with no signs of a struggle. Tracks found near the homes of the two men looked eerily reminiscent of tracks found in 1954.

So what is this unknown creature that is rumored to stalk the night in North Carolina?

Although there are various reports and even some eyewitness accounts, the Vampire Beast of Bladenboro has yet to be identified or discovered. Many hope to never hear of the beast again, while some locals will wait patiently on his return.

The Vampire Beast Of North CarolinaThis mystery begins in the…