The Seaford aka Popper The PoltergeistThe first ever televised… 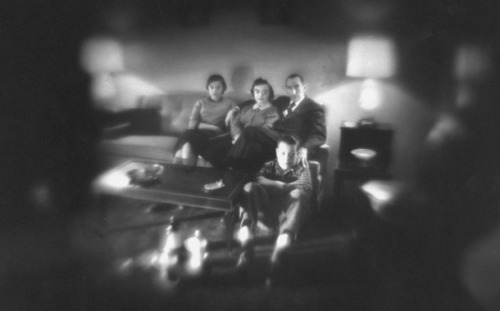 The Seaford aka Popper The Poltergeist

The first ever televised poltergeist, the “Popper,” has been the center of controversy due to the high similarities with another infamous case, The Amityville Haunting. The typical 1950s era home had nothing unusual about it. Located in Seaford, New York (a suburb of Long Island), the household was a white and green ranch-style home with three bedrooms, a bathroom, a kitchen, a small dining room, a living room and a basement that was divided between a utility room and a playroom. On February 3rd, 1958, just an ordinary day at the Hermann household, things started to turn into chaos when several bottles containing liquids started popping losing their caps and spilling the contents all around the house.

On February 3rd, 1958, just an ordinary day at the Hermann household, things started to turn into chaos when several bottles containing liquids started popping losing their caps and spilling the contents all around the house.

James Herrmann, the patriarch of the household, arrived home from work a short time after and ruled out the incident as perhaps the humidity. But that still didn’t accurately explain how the caps popped, especially the ones that had the screw top lids. Two days passed and everyone seemed to have forgotten about the incident until it happened again around the same time. James started to suspect his science-loving son who had somehow rigged the bottles to pop to scare his family. He kept a close eye on his son for the next few days, until he tried “surprising” him in the bathroom and charged in only to find the kid brushing his teeth. Suddenly, right in front of him, several bottles of shampoo and other contents popped opened and slimed him.

After searching the house for any rigged wires or any suspicious items, Mr. Hermann called the cops to assist him with his problem. Skeptical at first, the police thought he was hallucinating, but since he was known as a respected member of the community, they decided to check it out for themselves, sending Detective Joseph Tozzi to investigate the case. Over the next several days Tozzi kept track record of all the incidents in the house. More bottles popped, porcelain figures moved and other phenomena increased. They assisted the aid of Father William McLeod of the Church of St. William the Abbott, as news was breaking out about the incidents thru newspapers, radio, and television.

This went on a little over a month, when the popper finally decided to leave the household. After tumultuous events, press and weirdos approaching the family from all around the world, the “Popper” decided to leave and never come back. What was the reason for these strange occurrences? Was one of the members of the family causing this? We might never know. Until this day, no one has a clue why or how it happened.

The Seaford aka Popper The PoltergeistThe first ever televised…