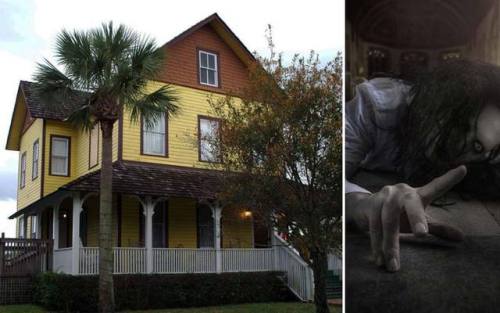 The Riddle House is an Edwardian style house that was built back in 1905 in West Palm Beach, but it was moved to Yesteryear Village at a later date. Originally, it served as a funeral parlor until it was bought by Karl Riddle in the 1920s to serve as his private residence.

It is said to be one of the most haunted places in Florida and one of the most active spirits there is a man named Joseph who used to work for the Riddles. Joseph hanged himself in the attic rather than facing his money worries and he is now said to inhabit this attic.

He has a particular dislike for men and has been known to attack any who enter what he now regards as his domain!

Unexplained incidents started to occur almost immediately after it was moved. All sorts of investigators including psychologists, parapsychologists, and paranormal investigators have been to the attic. Many experiences with these professionals ensued. These experiences include revealing of orbs, temperature increases, and spirit energy. The most astounding result of the research was communicating with the dead spirit that haunts the attic. The spirit allegedly said that he took the fall for a crime that he didn’t commit.