The Phantom HitchhikerYou are travelling along a lonely road… 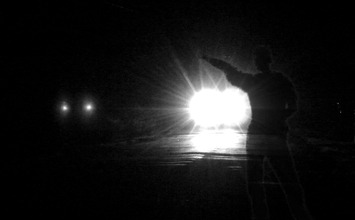 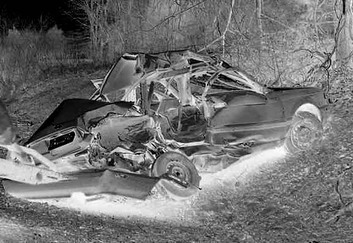 You are travelling along a lonely road when you see someone up ahead. You slow down, and seeing that the person is in need of help, you offer them a ride. However upon reaching your destination the hitchhiker is gone, vanished without a trace.

There are many variations to this story, and it has been shared all over the world, for generations.

The story begins with a person driving along a lonely road in the middle of the night. Along the way, they spot someone looking for a ride. They stop the car and the hitchhiker gets in. At some point the hitchhiker simply vanishes into thin air…

That is the core of the story, but more often than not, there are other parts, such as the hitchhiker leaving something behind… a jacket, a bag, a wallet. After arriving at the address, found in the hitchhiker’s possession, they are told that the person has recently died.

Also, these drivers are not the first people to have seen the family’s departed loved one!

Another variant has the hitchhiker vanish as the car passes a cemetery. When the driver stops to see if the hitchhiker may have fallen out, they will notice one of their own possessions hanging on the cemeteries gates.

Quite often the hitchhiker will impart a piece of advice, something personal for the driver that will come into play within a short time of the experience.

At other times, a prophetic vision of world changing magnitude is shared. An upcoming war, the second coming of Jesus Christ, a huge storm or earthquake et cetera – all manner of strange prophecies are told.

The Phantom or Vanishing Hitchhiker is an urban legend that has been shared from person to person for centuries. One of the earliest accounts can be found in the New Testament. An Ethiopian chariot driver picks up the Apostle Philip, who baptizes the chariot driver then vanishes

Do you think the legend is based on fact?

What if it is not a legend at all, but rather the spirits of people who have lost their lives along our roads, and are looking for a way home?

With the massive boom of automobile affordability in the 1930’s, and the subsequent increase in road mortality rates, is it little wonder that stories and witnesses to the Phantom hitchhiker increased at around the same time?

As with a lot of stories and folklore, the Phantom Hitchhiker probably has a seed of truth.

The Phantom HitchhikerYou are travelling along a lonely road…