The Nunez family from El Callao, Peru claim they have been… 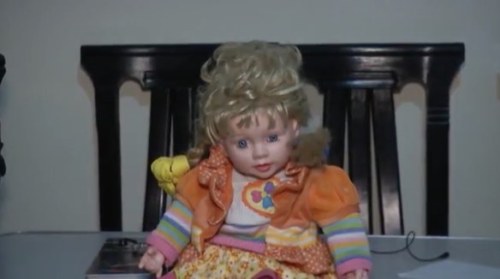 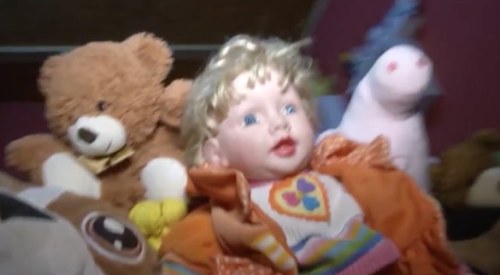 The Nunez family from El Callao, Peru claim they have been terrorized by a doll named Sarita for the past seven years. A present from a family friend, the blue-eyed doll is said to be responsible for several paranormal activities.
The family says they’ve been living a nightmare since receiving the doll. At first the experiences ranged from seeing lights and hearing weird sounds but eventually this grew much more violent. The children report that after hearing the doll move at night they wake up with scratches on their necks and bodies.
After years of torture the family eventually asked a medium to come investigate the house and doll. The medium concluded that the doll was possessed by an evil spirit who wanted to do harm to the family. The doll and the house were eventually cleansed, hopefully driving away the evil spirit that felt so maliciously about this family.
Unfortunately that’s where the information drops. No info on why this spirit was so angry and or where it come from. We also don’t know why this family kept this evil little doll for some long after knowing it was the cause of all their problems. Hopefully the cleansing worked and their enjoying some much deserved rest.

The Nunez family from El Callao, Peru claim they have been…