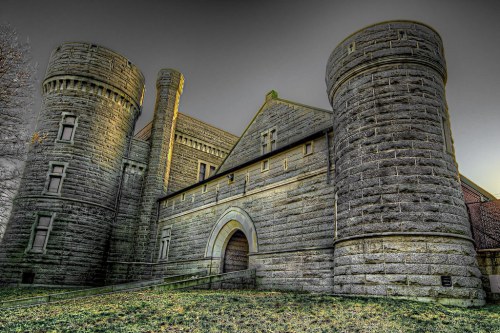 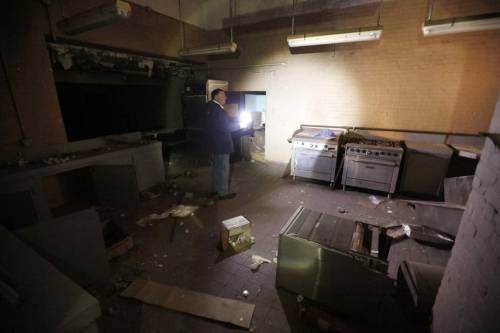 The #NewBedford Armory in New Bedford, #Massachusetts was constructed in 1903 for use by a local militia called the New Bedford City Guards, which later became part of the #UnitedStates #Army #NationalGuard. The location was #abandoned in 2004, and has remained vacant ever since. Sometimes referred to as The #Castle, the old building is said to be #haunted by the #spirit of a National Guardsman who committed #suicide in the gymnasium. Urban explorers investigating the old armory often report witnessing the former soldier’s shadowy apparition, as well as feeling the presence of an unseen entity nearby, or experiencing unexplained cold spots and drops in temperature. Passersby walking outside the building late at night have also reported witnessing a man’s silhouette staring at them from the armory window. Furthermore, members of the Army National Guard who were stationed at The New Bedford Armory have even reported being pushed or otherwise assaulted by an unseen entity, as well as reports of witnessing a cloaked, shadowy figure that disappears when approached by the living. The New Bedford Armory was featured in an episode of the popular television series Ghost Hunters, where members of The Atlantic Paranormal Society (also referred to as T.A.P.S.) allegedly captured video evidence of a foggy apparition in the building’s gymnasium. At the same time, Frank DeAngelis, a former member of T.A.P.S. reported feeling a spiritual entity pass through him, and was knocked to the ground. The encounter allegedly frightened Mr. DeAngelis so badly that he resigned from the Ghost Hunters crew shortly after.