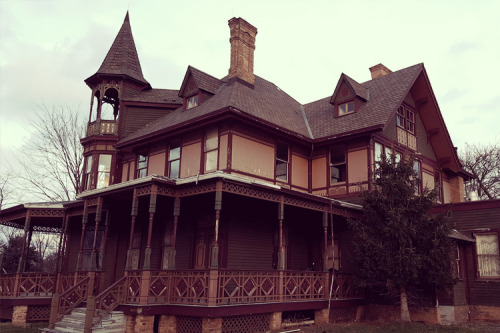 It’s said some houses are cursed. That certainly seems the case for the Kreischer Mansion in Staten Island where tragedy and murder seem to be part of the very fabric of the building. Built in the late 1800s for Edward Kreischer by his father, when the family business failed, Edward took his own life in his home. Although the ghosts of Edward and his distraught wife are often sighted haunting the hallways, a more grisly event took place at the mansion in 2005. Joseph Young was working as the caretaker at the property but was also involved with the Bonnano crime family. They ordered a hit on Robert McKelvey, and Young was elected to execute it. After luring McKelvey to the property, Young then stabbed and drowned him in the pool. After chopping up the body he then burned it in the furnace under the house. Eventually, Young was sentenced to life in prison, but the ghosts of the Kreischer mansion remain to this day.