The Hotel UticaOpened in 1912, this luxurious hotel was designed… 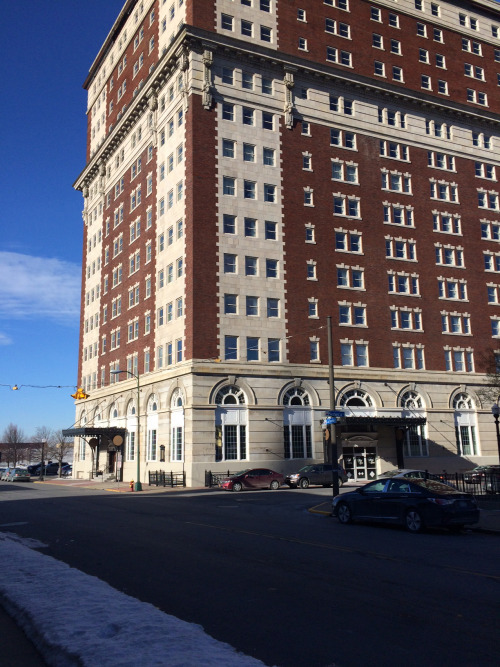 Opened in 1912, this luxurious hotel was designed by Esenwein & Johnson to allow affluent guests to stay in an environment fit to their caliber of luxury.  Considered to be one of those most extravagant and stately hotels this side of the Mississippi, the Utica was often visited by politicians, notable celebrities, and prominent figures throughout history.  Despite its reputation and ability to draw visitors, the hotel slowly but surely slipped out of favor, becoming a forgotten relic and in the early 1970s, it closed, later being transitioned into a retirement community.

Restored in the early 2000s, the hotel often has visitors but, as the story goes, some of the floors are forbidden to travelers and it is within those levels that the majority of the ghostly activity is reported.  Some guests say that they’ve had sightings of a woman in a flapper dress and a man in a tuxedo who vanish shortly after having been seen.  On the fourth floor, there is rapping and footsteps wandering through the hallways and some visitors claim that they feel distinctly uneasy and “watched” when they’re in the stairwells as if someone might be peeking at them when they aren’t looking.  In other cases, visitors have claimed to hear the faint sounds of a party from the empty ballroom and others say they’ve clearly heard voices inside vacant rooms.

The Hotel UticaOpened in 1912, this luxurious hotel was designed…