The Hat ManThere are very few objective descriptions of this… 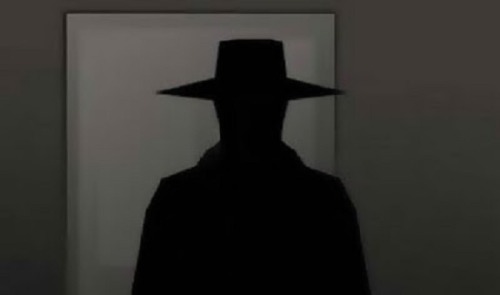 There are very few objective descriptions of this particular, and rather specialize, shadow entity.

Known as “The Dark Man, The Shadow Man or The Hat Man”, it’s appearance is said to be something of an omen. Though believed to be a shadow person capable of choking, scaring or instilling fear in those he visits, he is nonetheless a very unique take on the shadow archetype. Presenting itself as a tall, distinctively “male” presence, dressed in a formless black cloak and a wide-brimmed hat, this type of spirit has haunted numerous places the world over.

Some say they have seen him in their home, down a hallway or in the corner of a room. However, unlike shadows that seem to dissipate the moment they’re seen, the Hat Man tends to linger, intimidating those he targets. Some have had very physical experiences, been touched or felt breathing. Others have described him in dreams, a man in a cape and hat filtered through the dreamer’s subconscious and often manifesting thereafter in the waking hours.

This seemingly dark presence is known to cause – or be attracted by – hostile environments and aggressive behavior. Those who see him are often witness to domestic disturbances and family breakdown, noting a tangibly negative atmosphere, sense of dread or hopelessness. For this reason, many have labelled the spirit a “demon”. An intelligent haunt, capable of both physical and psychological manipulation, the Hat Man may well be able to “oppress” those it comes in contact with, seeming to lend credence to this theory.

The Hat ManThere are very few objective descriptions of this…