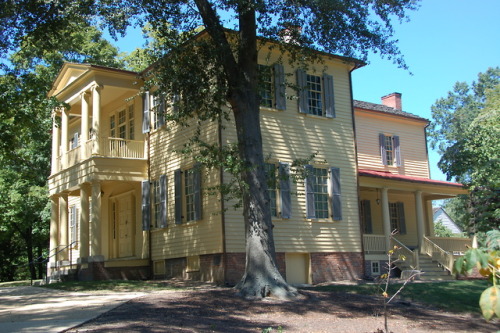 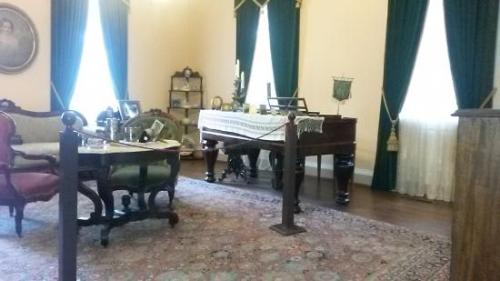 This historic house, in Raleigh, North Carolina, dates back to 1785. Five generations of the Mordecai family lived here until the property was willed to the capital city in 1964.

The Mordecai House is the oldest building in Raleigh.

Today it is a part of a public park that sits off Mimosa Street near downtown Raleigh.

Many of the Mordecai family possessions remain in the home.

This is why people believe the homes’ resident ghost is Mary Willis Mordecai Turk who lived there from 1858 until her death in 1937.

It is said she loved to play her piano, throw parties and show off her beautiful home.

It is known Willis died in the house, but it is not known which room.

Her apparition is seen wearing a grey 19th-century dress. She is heard playing her 1800s piano that remains in the downstairs drawing room.

When this piano is played no one is seen sitting on the bench, but visitors report seeing a “grey mist” hovering near this instrument.

Her apparition is seen in the homes’ hallways and late at night witnesses have seen her standing on the front balcony.

One former male worker at the home reports that he saw various items move on their own. He also heard phantom footsteps upstairs.

Ghost teams that have investigated the home state they felt an overwhelming sense of sorrow at the top of the stairs.

This might be connected to the fact, that after the Civil War during Mary’s time in the home, the Mordecai family lost their fortune.

An old photograph of Mary Willis remains. It tips over whenever Mary is displeased or doesn’t approve of something happening in the home.

The Mordecai House is considered one of North Carolina’s most haunted. One episode of the television series, Ghost Hunters, featured it.

A Ghost Guild, Inc. team member, Nelson Nauss, while doing a recent spirit box session in the home asked the spirit, “Do you want me to stay or do you want me to leave.” The ghost replied by stating a firm “leave” several times.