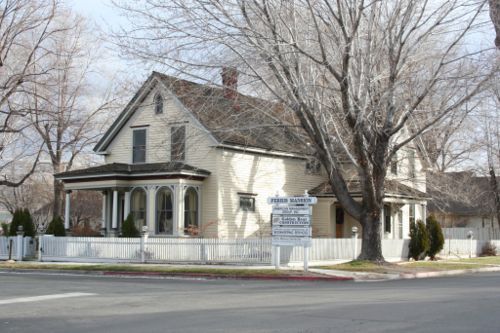 When it came time for Mary to wed, she decided she wanted to be married at her grand home. Many guests came from all around to witness the magnificent wedding. However, many of those guests got more than they bargained for. As some believed it was a double wedding. After spotting a second bride in full wedding dress in the backyard, they approached George Sr. and asked who the second bride was and who she was marrying. Then Mr. Ferris promptly replied, “There is no second wedding, only one bride will be married today”. To the astonishment of the guests, the bride seen in the backyard was no where to be found.

Some people have claimed to have even spoken to her, hearing he phantom bride mentioning something about looking for her groom, perhaps wondering where he had gotten to. The Ferris family did some research and determined that only one wedding had taken place at the home previously as there was only one owner. The bride was left standing at the alter by her groom-to-be. So it seems that she is now spending eternity looking for her lost love.