The Cecil Hotel in downtown Los Angeles is notorious for its… 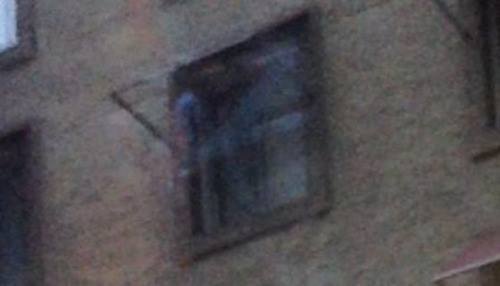 The Cecil Hotel in downtown Los Angeles is notorious for its dark and haunted history: serial killer Richard Ramirez (The Night Stalker) and “Black Dahlia” murder victim Elizabeth Short had both stayed there, and the building has played host to numerous gruesome deaths – the most recent of which involved the body of a missing student discovered in a rooftop water tank after hotel guests reported foul-smelling black water coming from their taps.

Now it seems a new ghostly guest has signed in at the Cecil, as reported by L.A. affiliate KABC: this week their website revealed the photo, taken by Riverside resident Koston Alderete, which seems to depict a spectral figure outside a window on the building’s fourth floor.

“When I looked at that window, it just looked kind of creepy to me,” Alderete told KABC, “and then I showed my friend, and he kind of freaked out.” He also claims to have suffered nightmares after taking the photo.

The Cecil Hotel in downtown Los Angeles is notorious for its…