The Burning Airman Canberra, Australia, has a local ghost known… 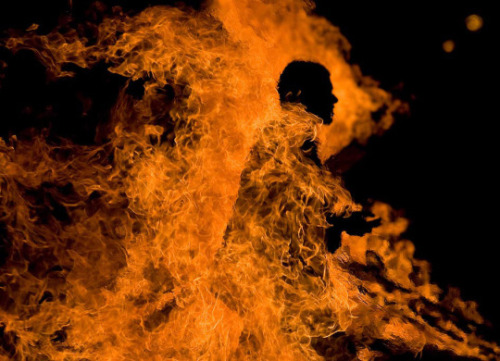 Canberra, Australia, has a local ghost known as the Burning Airman. The story starts in 1940 when a Lockheed Hudson II bomber spiraled out of control and crashed into the forest near Canberra. There were six people on board and every one of them died in the accident.

A few years after the incident local residents started reporting strange things in the woods. Many people claimed to have seen unearthly lights near the old crash site, while others said that they heard the sound of an incoming plane when there were no planes in the sky.

The first sighting of the Burning Airman happened shortly after these early strange occurrences. One night a teenage girl ran screaming from the forest, claiming that she was being followed by an airman who was covered in flames. It followed her to the edge of the forest before disappearing. Ever since then there have been dozens of stories of people having terrifying encounters with the Burning Airman, and many people who have seen him refuse to go into the forest again.

The Burning Airman Canberra, Australia, has a local ghost known…