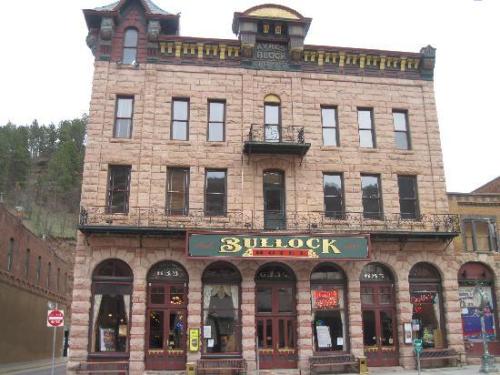 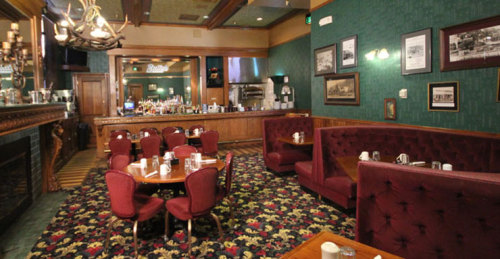 In the late 1800s, Seth Bullock traveled to the Black Hills gold strike with a wagon full of supplies to sell to the miners that worked in Deadwood, South Dakota. He spent the rest of his life here as a merchant, rancher, sheriff, U.S. Marshall, and hotel owner. At age 21, he was a Montana Territorial State Senator who played a role in establishing Yellowstone as a national park.

When he and his partner arrived in Deadwood Gulch, in 1876, he found a hell-bent, rowdy mining community. Wild Bill Hickok was shot in the head and killed the day after he arrived.

Within a few short months, Seth was appointed sheriff and with several handpicked deputies he was able to clean up the town. Seth was a tall, imposing man with a steely-eyed stare, who demanded respect. He was an honest and fair businessman who often solved potential violent situations with intelligence and creativity.

A territorial judge liked to tell the story of when Bullock stopped a dangerous miners strike. These men hadn’t been paid, so they camped out in the mine refusing to come out. Bullock not wanting to injure anyone dropped a foul, smelly substance down the airshaft. The striking miners eventually surfaced in search of fresh air.

He managed to keep law and order in Deadwood without ever firing a shot or killing anyone.

In 1884, riding on his ranch, Bullock ran into three rough-looking characters. One of these men was Theodore Roosevelt, the future president of the U.S. The two men became life-long friends  and during the Spanish-American War in 1898, Bullock enlisted as one of Roosevelt’s famous Rough Riders.

After a fire destroyed Bullock’s hardware store on Main Street, in 1894, he and his partner Sol Star had a luxury hotel built on the site, the Bullock Hotel, which remains open today.

Seth Bullock passed away in 1919, at the age of 70. Many eyewitness reports indicate his ghost haunts his hotel.

One morning, he saw a little boy point to a photograph of Seth Bullock, that the hotel displays and explain the following excitedly. “Dad, that is the man who helped me, last night when you and mom went downstairs. I told you I left the room to explore and got locked out. I was lost, and he approached me, he said he could help. He led me back to our room and opened the door without a key. See, he has a big mustache but he was wearing a big hat and wore cowboy boots. ” He pointed to the photo “That man has the same eyes.”

This employee states this incident was the first of many that convinced him the stories about Seth Bullock haunting the hotel were true.

Working the front desk, late one night he received a frantic call from a guest staying on the second floor. She complained, there is a dirty man out in the hallway smoking a smelly cigar when no smoking was allowed.

The employee asked her to describe this man. “He is tall, has a large mustache, he stared at me rudely. He is dressed like a cowboy with a large hat and boots tucked into his pants.”

There was no one of that description staying in the hotel.

The employee goes on to explain that many guests have given similar descriptions of a man they saw in this same hallway.

In Room 211, where Seth Bullock died, guests have experienced everything from items being misplaced to objects being thrown across the room. Witnesses state while walking in this hallway, they heard their names whispered.

Music is heard in this area with no source and maids state they often find themselves locked out. One used a towel to keep the door propped open only to see it fly across the room. Maid carts also move without assistance on this floor.

Electrical items turn on and off in this room even when they are unplugged. Guests report they felt a strong presence that appeared to be watching and then later followed them.

The Bullock staff keeps a notebook in their lobby so guests can record their experiences. It is believed many other ghosts besides Bullocks remain at this hotel.

The hotel’s kitchen, bar, and basement all have had multiple incidents of unexplained activity.