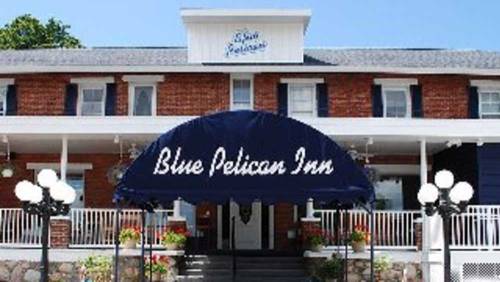 The Blue Pelican #Inn & #Restaurant in Central Lake, #Michigan was constructed in the early 1900’s as the Central Lake #Hotel, and is believed by employees and guests to be #haunted by several different #spirits. One spirit is that of an elderly woman named Mrs. Gill, who managed the inn during the 1920’s and 1930’s, and resided there for many years before her #death in the early 1950’s. Guests staying at the inn often report encountering Mrs. Gill’s #apparition in one of the upstairs bedrooms, while passersby below also claim to witness an elderly woman staring out of the upstairs windows at night. On several occasions guests have also reported witnessing the spirit of a man and woman wearing clothing from the 1920’s #dancing at the #bar, however their identity and the reason for their presence is unknown. The last spirit said to haunt The Blue Pelican Inn is that of a young woman who died on her #wedding night after accidentally falling from one of the building’s upstairs windows. Her apparition is most frequently seen wearing a long white wedding dress by employees and guests on the 2nd floor, and is sometimes referred to as The #Ghost Bride. In addition to witnessing apparitions and spirits, many also report hearing the sounds of disembodied voices and other strange sounds, as well as experiencing unexplained cold spots, and feeling a strange presence, as if an unseen entity is lurking nearby.