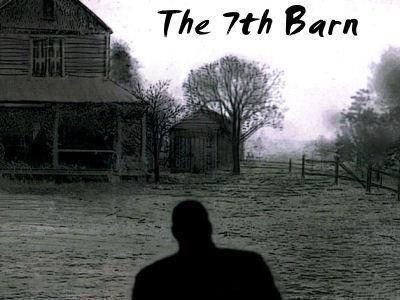 The 7th Barn is a scary urban legend about a wealthy farmer who owned a lot of land and built a new barn on his property every time his wife had a baby. He named each barn after each of his kids and by the time this story takes place, they had 6 kids and were expecting number seven.

But the farmer’s wife died in childbirth and so did the unborn baby. The farmer went insane with grief and couldn’t tend to his farm. The family had no money and the farm started going under.

They say the farmer, in his madness and despair, took and axe one night and led his children out to the barns, one by one, and murdered them. He buried their bodies in the seventh barn.

It was in the seventh barn that the farmer hung himself. Eventually, as the story goes, all the barns were torn down and the land was sold off. All except for number 7. Nobody would buy the land because of what had happened there. It was abandoned and soon fell into disrepair.

They say if you go to that barn at night you can see the ghost of the farmer hanging from the rafters and swinging in the wind, dwelling on his terrible crime for all eternity.

No-one was ever really sure where the seventh barn was located. It was definitely in Ohio and some say it was the Cranz farm in Cuyahoga Valley or at Top O’ The World in Northampton.

In 1997 a local Ohio teacher claimed that he had found the infamous barn’s real location. He said that none of the barns had ever been torn down, they had simply been incorporated into neighboring farms.

According to the teacher, he pinpointed the location because barns on neighboring properties all had nameplates on their door with the names of children engraved on them. The teacher and his son set out at night to visit the barn, hoping to capture some paranormal activity on video.

The next morning, the teacher’s wife reported her husband and son missing. Police found their abandoned car by the roadside. While searching the area, they entered a barn in a nearby field and found the dead bodies of the teacher and his son hanging from the rafters.