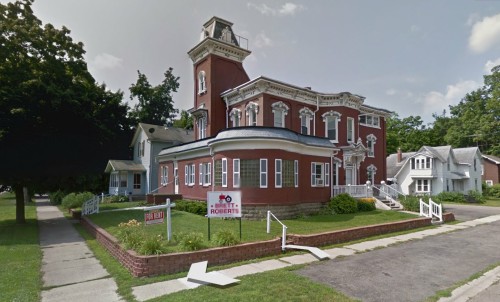 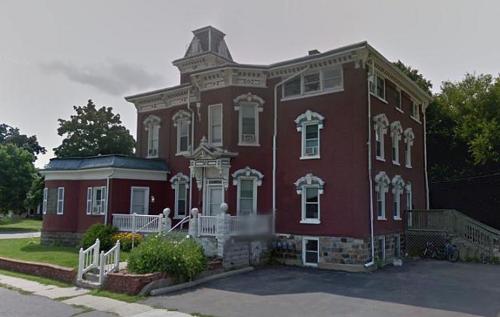 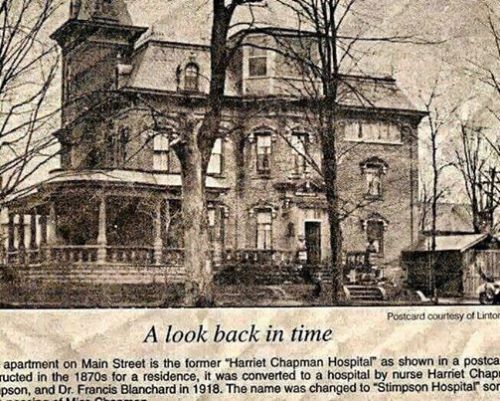 Stimson #Hospital in Eaton Rapids, #Michigan was built in 1877 by a man named John T. Sweezey as a private residence, and was known at the time of its #construction as one of the most expensive and lavishly decorated #houses in town. In 1917 the building was sold to three #doctors named Dr. Charles Stimson, Dr. Francis Blanchard, and Dr. William Claudius Puffenberger, and in 1918 was opened as a hospital with beds to accommodate up to twenty #patients. The #historic hospital remained in use until 1957, and was later converted into an #apartment complex during the 1970’s. It is said to be #haunted by the #spirits of numerous men and women who died of #disease or injury when the #building was used as a hospital, including Dr. Francis Blanchard who was killed after accidentally stepping into an empty #elevator shaft just a few months after the hospital opened. Residents living in the apartment building over the years have reported encountering #apparitions and #ShadowFigures, as well as the #ghost of a man believed to be Dr. Blanchard. Many also report witnessing objects being moved by an unseen #entity, and hearing disembodied voices, whispers, and other strange sounds which appear to originate from the building’s #basement. One popular #UrbanLegend also claims that one of the hospital’s founders, Dr. Puffenberger, committed #suicide in the building, however these rumors were later debunked as being historically inaccurate. In 2017 the former hospital was purchased again and reopened as a medical #museum, which offers ghost tours to help fund future renovations, with plans to eventually turn the old building into a historic bed and #breakfast.