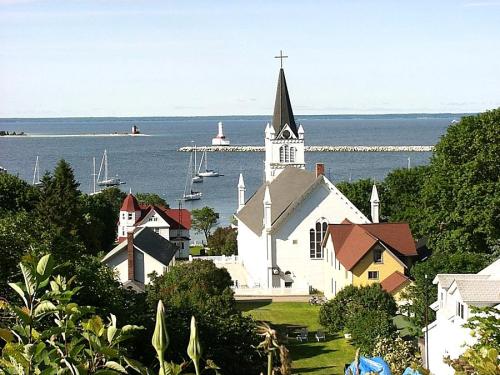 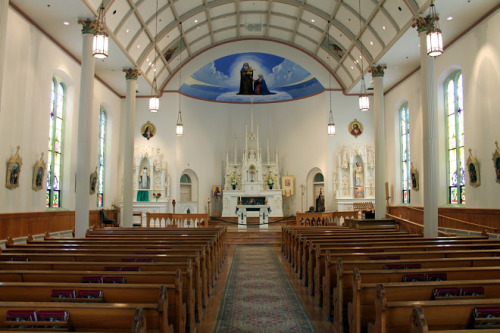 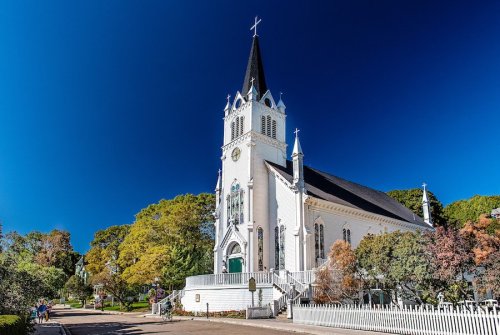 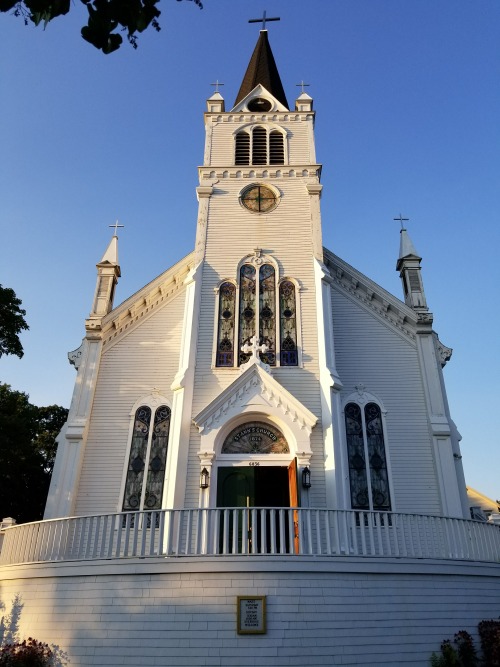 St. Anne’s #CatholicChurch is a Roman #Catholic #church located in #MackinacIsland, #Michigan. It was constructed in 1874 on land donated by a wealthy fur trader named Madame Magdelaine La Framboise, who passed away on April 4, 1846. To honor Madame La Framboise the church laid her to rest in a special burial site beneath the altar, but during the 1960’s her body was relocated to allow for the construction of a recreation center in the #basement. Ever since, churchgoers have reported encountering the #spirit of a woman believed to be Madame La Framboise, who is upset that her grave was disturbed after so many years. Others claim to witness a mysterious blue mist that hovers just above the altar, or lights that flicker despite the church’s up-to-date wiring. In July of 2013 Madame La Framboise was re-interred once again beneath the church’s altar, however her spectral figure is still allegedly seen by guests.