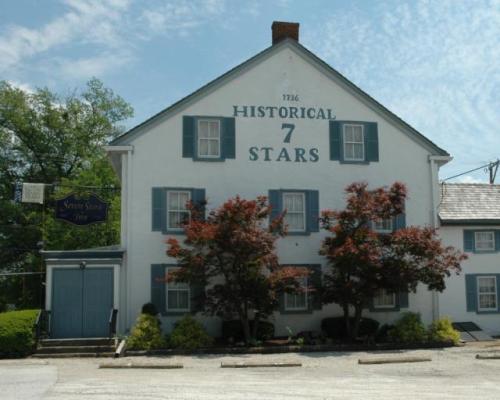 The Seven Stars Inn in Phoenixville, PA began as the Gerhard Brumbach Tavern in 1736. Or at least the first one did. The place known as Seven Stars Inn today actually sits a mile east from the original, and was opened in 1754. Both inns are said to be haunted.

The first is haunted by the ghost of Rachel Parker, the widow of former owner Benjamin Brownback, who was murdered at the age of 85. People have seen and felt her on the stairs. The second, modern Seven Stars Inn was founded in 1754. It is haunted by the ghost of a former who appears at the top of stairs, the ghost of a boy who has been seen in the upstairs back dining room, and the spirit of a boy in riding clothes who is seen downstairs. The attic door is said to open and close on its own.