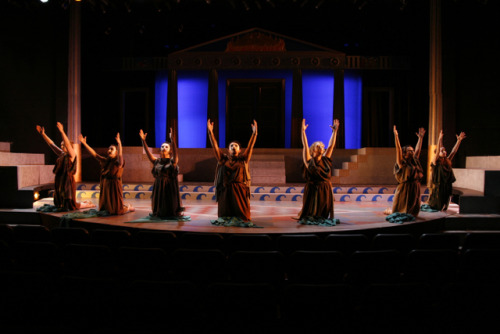 One night he fell through a loose spot in the ceiling and was found dead sprawled on the seats below by a professor the following day. The part of the auditorium where the boy fell has been sealed off long ago and is currently used for storage, but Tommy still haunts the area.

People experience odd noises, items being moved and relocated and unexplained equipment problems. When technicians are working high up on ladders they are adamant that they feel Tommy putting pressure on their backs protectively to prevent anyone else from falling to their demise like Tommy did decades ago.