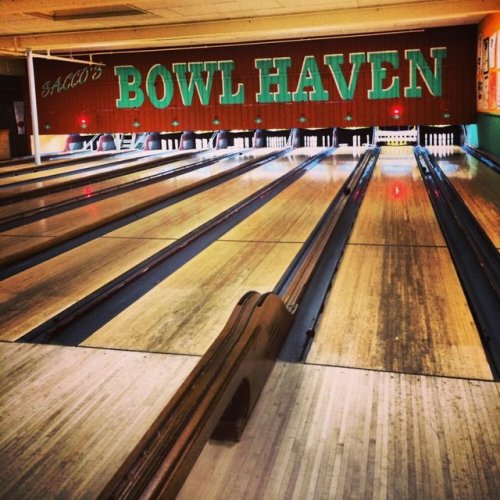 ​Sacco’s Bowl Haven is a #bowling alley in Somerville, #Massachusetts that first opened in 1939. It is said to be #haunted by the #spirit of a mysterious #shadowy figure who is most often seen by employees working at night when few customers are present, or after closing time. Others report hearing the sounds of disembodied footsteps, as well as witnessing doors opening and closing by themselves, and objects being moved by an unseen entity. Some employees also report being touched by invisible hands, or feeling as if someone or something is breathing down their necks. In 2009 Sacco’s Bowl Haven was featured on an episode of the popular television show, #GhostHunters, however investigators were not able to gather substantial evidence of #paranormal activity, and were unable to officially declare the location #haunted.