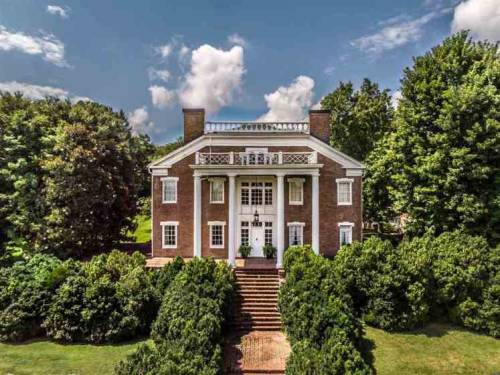 It was built in 1818 by a wealthy reverend named Frederick Ross. He intended the home to be a sanctuary, but instead it became a place of despair.

Ross’ daughter Rowena had to watch helplessly as her husband to be drowned in the nearby river on their wedding day.

She became somewhat reclusive and seldom left the house. At last she was ready to open her heart again, but this time her lover died of yellow fever within the first year of their marriage.

Ten years later she tried a third time to find love and even gave birth to a daughter of her own.

However, once again she was left devastated when the girl died. Rowena could take it no longer and drowned herself in that same river her first love had. Could it be that she was cursed? Is that why she still roams the property always looking for true love?

Later, the mansion was purchased by a cruel slave owner who is said to have tortured his slaves. Did his evil deeds contribute to the hauntings here?

Many have said that he is to blame for a menacing presence that takes the form of a black dog. There have also been reports of maniacal laughter and of terrifying faces peering in the windows at night!