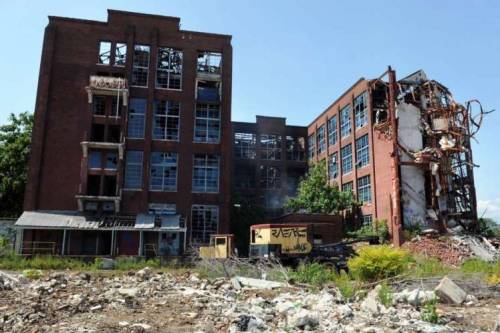 Remington Arms in Bridgeport Connecticut first opened in 1867 as the Union Metallic Cartridge Company, but was bought over by Remington arms in 1915 and was expanded into a 73-acre manufacturing plant. During the early 20th century, Remington Arms was one of America’s biggest munitions companies employing over 15000 people and producing tons of munitions every year.

Like many factories, Remington Arms has seen its fair share of accidents – many of them fatal. A few of the deaths on these premises include two employees who fell into a giant bat of molten metal and several more in an explosion in 1942. The explosion occurred at the height of wartime efforts, right on the production floor.

Seven employees died and around 80 others suffered injuries. It is believed that the shadowy figures that are frequently seen on the factory floor could be the spirits of those who perished in the explosion!