Portals and DoorwaysThis type of paranormal phenomena, is the… 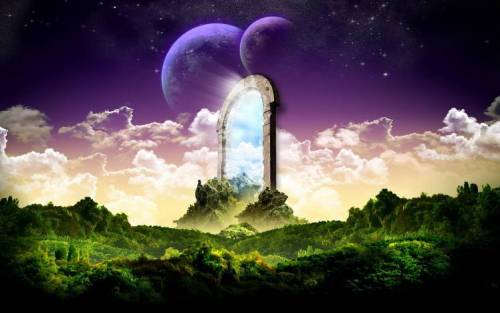 This type of paranormal phenomena, is the most controversial type of haunting that has been documented to date by paranormal researchers. The idea that this type of activity may actually exist is still mostly theory and conjecture although evidence is starting to be collected which may actually prove these portals exist. The problem is that this type of haunting is the least understood and least traditional of all types of spirit activity.

Many ghost researchers reject the theories behind portals because they do not fit into their accepted ideas of haunted places but we cannot afford to do this. We cannot afford to just reject off-hand something that we simply do not understand. Just think, if we had done this, many researchers would still be thinking that poltergeist activity was the work of evil spirits and not activity caused by the hidden depths of the human mind. So, strange and nontraditional or not, the idea of the portal must be examined because evidence is starting to appear which just may surprise the doubters among you.

The idea of a portal or a doorway to another dimension is not a new one. Many researchers believe that there are places all over the world that serve as doorways from our world to another. These doorways are thought to provide access for entities to enter our world. They may be the spirits of people who have lived before, or they could be something else altogether. Some researchers even believe that they could be otherworldly beings from another dimension.

If that sounds far-fetched, it isn’t as strange as it sounds. The entities sighted, reported and even photographed around what many believe to be portals could be the spirits of the dead or something much stranger.

If locations like this do exist and they are doorways, isn’t it an easy assumption to make that these spots could have been labeled as haunted over the years by people who have seen things near them that they couldn’t explain? I believe this has probably happened quite often and these places didn’t become haunted as other places do, through tragic events or death, these locations had already been that way for many, many years.

One of the most common locations for these doorways seem to be in cemeteries. Now, as a rule, most cemeteries are not haunted, but in the past few years, ghost hunters have collected dozens and dozens of anomalous photographs taken in cemeteries. There seems to be no explanation why many of these cemeteries would become haunted unless they provided access for spirits, or entities, to pass from one world to the next.

Of course, some of the cemeteries are haunted in the traditional manner, it’s the ones that aren’t which causes the puzzle. It is possible that these sites were haunted long before a cemetery was located there. It is possible that the psychic draw of the area was what caused our ancestors to locate a cemetery there in the first place. They may have felt there was something sacred or spiritual about the place and without realizing why, they placed a burial ground there and made it a protected place.

The Native Americans chose their burial grounds in this manner, although they did it consciously. They found a place to bury and honor the dead which they felt was more closely connected to the next world. Many of these locations are now considered to be haunted or at least inhabited by spirits.

So why not our own cemeteries? Could our own ancestors have not chosen the sites for our own burial grounds in the same manner, albeit in an unconscious way? These doorways could be passages to the next world and the entities captured on film here could be the spirits of the dead, passing back and forth between two worlds, or they could be something far stranger.

Graveyards are not the only places to find these doorways, They exist in other places too. In fact, these doorways, and the strange entities that come through them, may just be the explanation for many of the sightings that have plagued the annals of paranormal research for years. For some time, investigators have attempted to dispel the some of the myths that ghosts are evil and that they hurt people, but what if we are wrong, at least partially?

There are certainly cases of people being injured in hauntings, but most of these cases boil down to poltergeist phenomena, caused by a human agent and not a ghost at all. It is the other type of case, that of strange beings that cannot ever be described as human, terrifying visions, and yes, instances of people actually being injured by the entities involved in the case.

What if these creatures are not ghosts at all? But strange entities that we cannot understand, who have passed into our world via these portals? We have to consider this as it may provide many answers to cases where traditional methods of ghost investigation have not worked. This theory might even explain the negative spirits that are commonly reported!

So what does all of this mean? we will have to leave that up to you to decide Are portals real and do they really connect with another world, or another dimension? We believe the possibility is very strong! For now, the theory involves a lot of speculation but we do believe it has merit and should not be dismissed without much more study and research.

If we refuse to consider the idea, then where does that get us? Even after all of these years, the paranormal sciences are still in the beginning stages. All that we can do right now is to speculate and theorize and try to gather as much evidence as possible that something is out there. And in some cases, that something may be stranger than we think!

Portals and DoorwaysThis type of paranormal phenomena, is the…