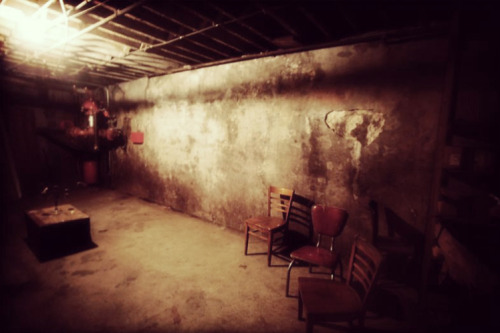 The music hall in Kentucky is so haunted that a sign hanging above the entrance acts a waiver, warning patrons that the establishment is not responsible for any harm that may come to them from ghostly activities. But a terrifying urban legend sits at the heart of this ghostly music hall. Before it was a music hall, the building served as a slaughter house in the mid 19th century. Sitting in the hall today is the remnants of this literal bloody history in the form of a sealed up well in the basement, its even claimed to be still stained with blood. The legend goes on to say the well was a gathering place for Satanists who used it in the ritual execution of a pregnant woman who was beheaded and her head placed in the well, as a sacrifice to the dark entities the occultists worshiped.

There is some truth to the legend here, in 1896, 22-year-old Pearl Bryan’s body was found decapitated on the property. Pregnant at the time of her death, her boyfriend Scott Jackson and his friend Alonzo Walling had attempted to conduct an abortion on their own. After Pearl died, they removed her head with the hopes of throwing the police off the scent but both men were caught and later executed for their crime. Today, visitors to the music club say the sealed well is a portal to hell, some even claim to hear the sound of deep growling coming from the depths of the well.