People All Over the World Are Reporting Sleep Paralysis… 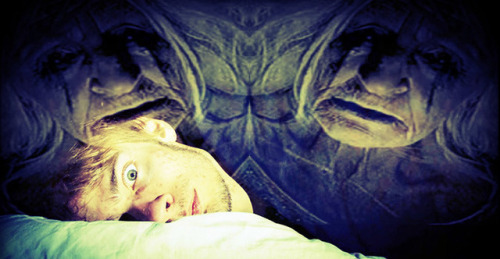 Jason woke up every night feeling pinned to his bed. The terror was very real. He could feel an unknown presence looming above him in the darkness. His hobby of photography had recently taken him to several reportedly haunted locations. Did something follow him home?

Jason has always been intrigued by abandoned buildings. A recent road trip with a handful of fellow photographers brought them to several paranormal hotspots. They spent a few hours at each location, focusing on the architecture and scenery. While he didn’t necessarily get any creepy vibes while shooting the location, he still worried that something might have tagged along for the ride. What else could have woken him up in the middle of the night? The possibilities are as follows:

According to sleep researchers, a phenomena known as Sleep Paralysis, also called Old Hag Syndrome can cause you to become paralyzed while waking. When we fall into REM sleep, our bodies automatically paralyzes themselves, with the exception of eye movement and breathing. This prevents us from hurting ourselves while we dream. Acting out a dream of running or falling could create serious damage to ourselves or our bed mates if this didn’t happen. In rare situations, sometimes the mind wakes up before the body does, which essentially paralyzes us, but leaves us fully aware. Some people who encounter this, also report the feeling of being watched or seeing something in the room with them. Many of them see an old hag-like creature sitting on their chests, pinning them to the bed. That’s where the theory gets interesting.

Typically, people who research sleep issues seldom delve into the paranormal probabilities. It’s far easier to explain a situation with proven scientific theories behind them than it is to blame it on something like ghosts or demons, but it still bears discussion. Can ghosts actually cause sleep paralysis? Is there any truth behind the Night Hag concept?

According to psychic medium, Barbara Williams, there could be more to it than a medical condition.

“Yes. There can be cases of entities holding someone down. It may be rare, but people can have attachments and possession,” she said.

Ghosts can and will attach themselves to the living. While many of them roam the earth with no desire to interact with their living counterparts, many others have darker intentions. They latch onto the living, using them as energy food sources while finding delight in tormenting their days and nights. I know this firsthand, after contending with a malevolent entity in 2011, something I documented in my book The Soul Collector.

In Jason’s case, I asked him if he had any other experiences that could point towards a haunting, such as items disappearing, mysterious sounds in empty rooms or a feeling of being watched. Thankfully, he hadn’t. That led me to another question. I asked him if he could sometimes control the direction of his dreams.

Was he lucid dreaming?

People who are able to control their dreams are lucid dreaming. By realizing they are dreaming, they can take their dreams in any direction they want to. Unfortunately, a side effect of this is inadvertent sleep paralysis. In Jason’s case, he’s had one experience where he was able to control his fear and fully wake himself up, which could be the start of lucid dreaming.

Understanding all the circumstances surrounding a Night Hag episode is essential to stopping the process from reoccurring. If this happens to you, do your homework and then work on finding a solution that fits your situation.

If it’s truly a Night Hag, then you have your work cut out for you. Seek the assistance of an experienced psychic medium to help you clear your energy.

People All Over the World Are Reporting Sleep Paralysis…