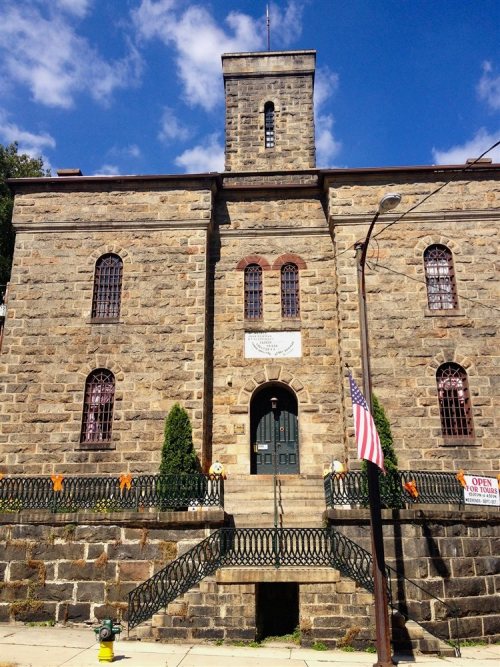 This two-story Jailhouse dates back to 1871 and now operates as a museum. According to the museum’s official website, the building is made up of 72 rooms, 27 cells, basement dungeon cells, which were used as solitary confinement until 1980, a second floor of women’s cells, and the warden’s living quarters across the front of the building. The Jailhouse was well-known for being the site of the hanging of seven Irish coal miners known as Molly Maguires in the 1800s.

Before their hangings, the men proclaimed their innocence and one of the men, believed to be Alexander Campbell, put his hand on the dirty floor of his cell and then firmly placed it on the wall stating, “This hand print will remain as proof of my innocence.” To this day, the hand print is visible, even after being painted over. Those who are interested in taking a look around can take tours, and wander through the cell blocks, dungeon and even the gallows. Be prepared though, as you never know what or who you’ll find while exploring!