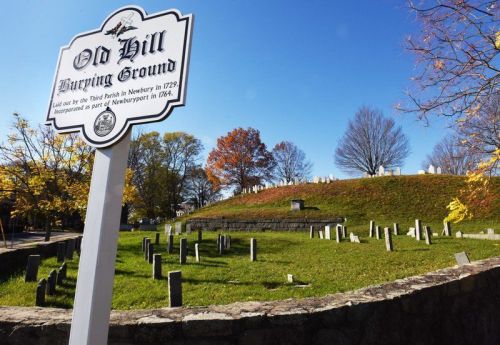 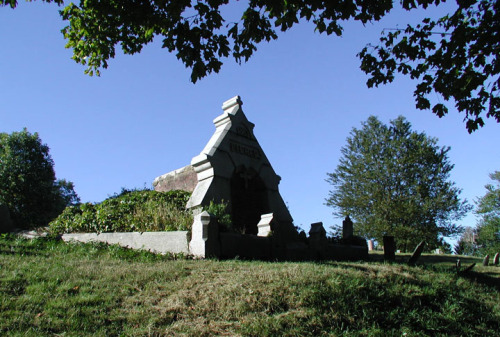 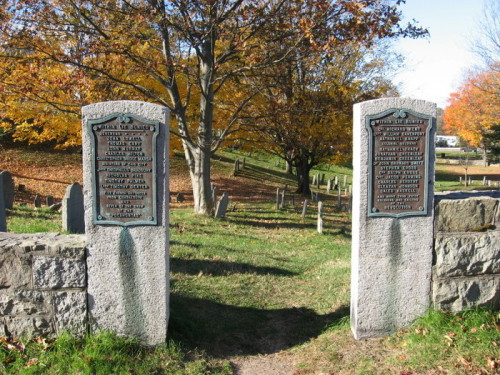 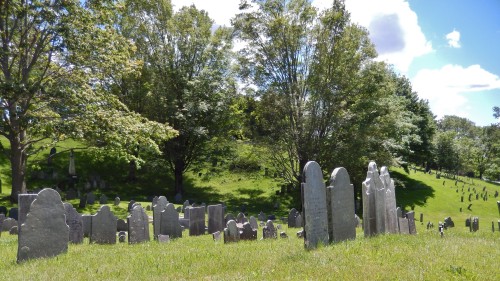 Old Hill #Cemetery in Newburyport, #Massachusetts was established in 1729, and is sometimes referred to as the Old Hill Burial Ground, or Sawyer Hill Burial Ground. The location is said to be #haunted by seven members of the Pierce family who were buried in a large #crypt, which has been desecrated and vandalized several times since it’s construction in 1863. In 1925 a group of young men were caught breaking into the #tomb after undressing members of the Pierce family and arranging their corpses around a small table, as if playing a game of cards. According to police records the teenagers were apprehended by members of the Newburyport #Police Department when they were found dancing around the cemetery dressed in the Pierce family’s stolen clothing. In 1985 another group of teenagers were caught breaking into the Pierce family tomb, where they confessed to pouring #beer down the throats of the deceased family members, as well as committing other acts of vandalism. Again in 2005 a man was arrested at Old Hill Cemetery after severing the head of one of the corpses inside the Pierce family tomb. #Paranormal investigators and those who visit the old cemetery at night report witnessing apparitions and #ShadowFigures that disappear into the darkness, in addition to feeling a strange presence, as if being watched by an unseen #entity. Others report hearing the sounds of disembodied voices and screams, as well as whispers and scratching noises coming from within the old Pierce family tomb.