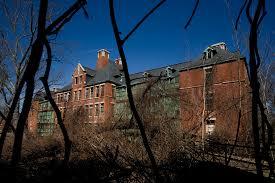 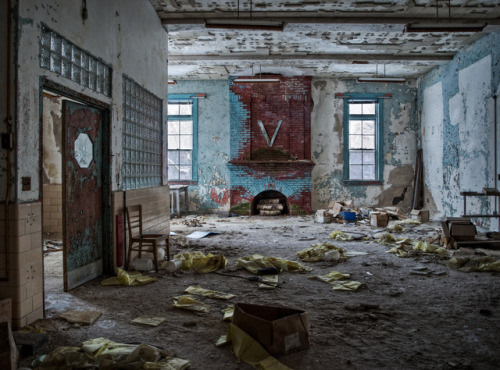 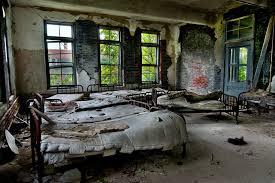 We have already seen one hospital on the list, but let’s take a look at one more. This time it is the Norwich State Hospital in Preston. The hospital first opened its doors back in 1904 taking in 95 patients. Over time it was expanded and ended up with 20 buildings and some 2000 patients.

The majority of patients were mentally ill, but those with tuberculosis or a chemical dependency were also admitted. The first recorded death occurred the same year that the hospital opened when one of the patients committed suicide by hanging himself. Two employees also lost their lives in a hot water explosion in 1919. There have been multiple deaths in the building since then, many by way of suicide. The hospital closed for the final time in 1996 and attempts to sell the property have been a failure ever since!

As you might expect, Norwich State Hospital is actually one of the most haunted places in Connecticut. The most active spot is in the Salmon Building which housed criminally insane patients. Effectively this was a prison. It has steel doors and bars with rooms that were to all intents and purposes cells! It is not at all unusual to hear disembodied screaming coming from the Salmon Building.

Many of the patients were tortured and abused in the hospital. Just some of the barbaric practices that patients would have been subjected to include starvation, packing them in ice, beating them and even sexually abusing them.

This place is truly terrifying and paranormal investigators have documented hundreds of unexplained events including hearing a woman sobbing, residual sounds of operating rooms such as beeping equipment and rattling of tools. There are also sudden cold spots and many people have heard doors slam and seen children running around!