Night Terrors are believed by most to be simply a sleeping… 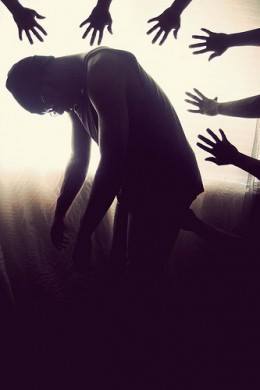 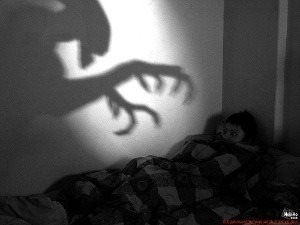 Night Terrors are believed by most to be simply a sleeping disorder. Basically, what they are is a person in the deepest level of sleep, that suddenly wakes up in the middle of the night, usually jumping into an upright position in bed and screaming. The individual will be be filled with fear and shock. In many of these cases those that suffer from night terrors will not remember what it was that they dreamed of or what it was that frightened them. Many will not even remember waking up in the middle of the night. Night terrors mostly happen to very young children between the ages of 2 and 6 years old but can happen to anyone, at any time, at any age.

There is not a whole lot that is understood about night terrors at this point in time. It is because the child is in the deepest stage of sleep that causes them to be unable to remember what it was they experienced that frightened them. When arising from a night terror however, the victim will sometimes see what their doctors will call hallucinations, but may in fact be spiritual apparitions. These apparitions have been of human figures, animals, and other things of a frighting nature.

Apparitions taking place right after a night terror is one of the clues that might link Night Terrors to being supernaturally induced. People usually see apparitions in spiritually connected places and incidents such as haunted buildings, grave yards, battles fields, at ones death bed, seances, and so on. It is true that they can be seen in other places as well but it’s much less common.

Secondly, It seems strange that most night terrors happen to young children. It is believed by many that children are able to see ghosts and other spiritual beings much easier, and more often that adults do. The older the child gets, the more that ability fades away, just as night terrors do. Doesn’t it make sense that the younger a child is, the more likely he or she is of having spiritual attacks like what might be a Night Terror? It also seems to make sense that those very rare adults that suffer from night terrors may also be those adults that were fortunate not to lose their spiritual sensitivity unlike most of us.

If Night Terrors are in fact paranormal and are induced by spiritual entities, they are surely negative spirits. They target the young because their minds are the easiest to connect with due to their sensitivity, and perhaps it is also because they are the easiest to frighten which seems to be the purpose of a Night Terror. I strongly believe that night terrors should be given more attention because they might be much more than we have been told to believe. If you have children that suffer from night terrors don’t be worried, they are harmless to the child. Most children will not even remember having them. The good news is that they will outgrow them in time. They may however be caused by exhaustion, and not having a regular sleeping routine. I just believe that perhaps a portion of night terrors may be caused by something else besides mother nature and we should not overlook that possibility. If you have strong suspicions that your child’s night terrors are spiritually related it might be a good idea to perform a simple cleansing ritual or even simply praying over your child before her or she goes to sleep.

Night Terrors are believed by most to be simply a sleeping…