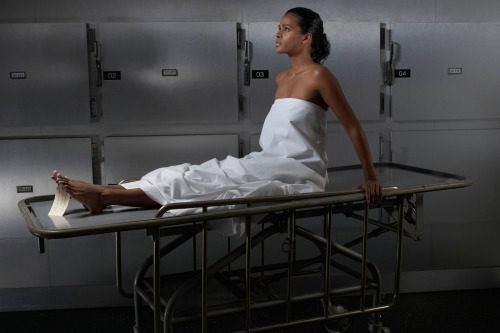 The term “near-death experience” (NDE) is well-known throughout America, but the phenomenon is not restricted solely to the Western world. Most cultures have an equivalent experience; even children have related NDEs.

An NDE might involve walking toward a bright light at the end of a tunnel, meeting gods, speaking with relatives who are long-dead, out-of-body experiences (OBEs) or feeling bathed in light.

Almost unanimously a significant life experience, conversations about NDEs are often accompanied by discussions of the afterlife and the mind surviving the mortal body.

These kinds of esoteric tales would normally be banished to the realms of pseudoscience and parapsychology, but their pervasive nature – an estimated 3 percent of Americans report having experienced an NDE – has sparked a smattering of genuine scientific research and a wealth of conjecture.

What do NDEs consist of?

One Dutch study, published in The Lancet, set out to investigate the regularity of NDEs and tried to tease apart causal factors.

The investigators reported that 50 percent of individuals who experienced an NDE mentioned an awareness of being dead, 56 percent regarded it a positive experience, 24 percent reported an OBE, 31 percent described traveling through a tunnel and 32 percent spoke of interacting with deceased people.

The study also showed that, of the patients they interviewed, although all were clinically dead at one point, only a small percentage (18 percent) experienced, or remembered, the NDE. The likelihood of having an NDE was not related to the level of cerebral anoxia (lack of oxygen to the brain), the amount of preceding fear or the type of medication they were taking.

According to the paper, NDEs were more often experienced by patients under 60, and women more commonly described deeper experiences. Conversely, those with memory deficits following resuscitation were less likely to report NDEs, which is to be expected.

There is obviously something driving these experiences, but the factors that impact them are still very much up for debate.

What is behind NDEs?

A phenomenon so widely experienced cannot be dismissed as just another old wives’ tale, there has to be something biological at work to explain its prevalence.

Some observers claim that NDEs display a rift in current neuroscientific theory, and that the experience shows another, more esoteric facet to our existence.

Can neuroscience unpick the mysteries of the NDE?
Many believe we should split the mind from the functions of the brain, once and for all.

However, this type of thinking is not necessary to explain NDEs; rather than claiming paranormal origins, the field of cognitive neuroscience has attacked the problem as it would any other: as an output of the brain.

OBEs are commonly a part of NDEs and sometimes include autoscopy – seeing one’s body from above. Although this seems like an otherworldly event, neuroscientists know that OBEs also happen in settings other than the near-deathbed.

For instance, during an attack of sleep paralysis, which affects up to 40 percent of people at some point in their lives, OBEs are common. Sleep paralysis occurs when an individual is still essentially in REM sleep, but their brain awakens partially.

During REM sleep, the brain effectively paralyzes the body to prevent it from acting out dreams. The brain, still believing that the person is asleep, keeps this lock on the body, subjecting the individual to a terrifying, literal, waking nightmare. The experience often involves a sensation of floating from one’s body and viewing the room from the ceiling’s perspective.

Other researchers have demonstrated that by stimulating the right temporoparietal junction (TPJ), they could induce OBEs artificially. The TPJ is a section of the brain that collates information from the thalamus (regulator of consciousness, sleep, and alertness), limbic system (involved in emotion, behavior, motivation, and long-term memory), and the senses.

Meeting and greeting the dead is another commonly reported aspect of NDEs and can be partially explained away by expectations. Cultures are often filled to the brim with tales of heaven or some other type of afterlife where long-dead relatives eagerly await us.

Added to this, people with Alzheimer’s and Parkinson’s are known to have vivid hallucinations of ghost-like entities; some report seeing dead relatives in their homes. These types of apparitions have been linked to pallidotomy lesions – a kind of neurosurgery used in some Parkinson’s patients.

Ghostly apparitions are not necessarily rooted in another dimension.

The experiences are considered to be due to dysfunction in the pathways of dopamine, a neurotransmitter involved in the brain’s reward pathways that is known to cause hallucinations.

In truth, it is surprising that we do not hallucinate more than we already do. Our brains weave our senses into the experience of perception in such a way that we forget what a difficult and amazing job they do.

Any cracks in the perceptual sphere are seamlessly back-filled by the brain; as a quick example, we all have a blind spot where the optic nerve meets the retina. In this section of our visual field, we can see nothing at all, but we never notice because our brain simply fills in the blanks.

But on occasion, if under duress or when receiving confusing inputs, rather than penciling in a chair, a patch of wallpaper, or a door, it fills the void with a goblin or ghoul.

In macular degeneration, the center of the visual field gradually fails; patients report the hallucination of ghosts relatively frequently. This might be due to the brain attempting to make sense of the neural “noise” being generated from the faulty or partial messages it is receiving.

The tunnel of light

Possibly the most well-known facet of an NDE is the feeling of being drawn into a long tunnel with a bright light at the end. Some researchers believe that this phenomenon can be explained by retinal ischemia (lack of oxygen to the retina).

The theory goes that, as the retina is starved of oxygen, peripheral vision slowly decays and only the center of the visual field can be seen. Tunnel vision is a symptom of both extreme fear and oxygen loss (hypoxia), both of which are often present during the process of dying.

No doubt, NDEs are a complex phenomenon with a myriad of mechanisms behind them. From a lack of oxygen affecting the visual system to a brain struggling to make sense of strange emotions; from the drug-like triggering of reward pathways and a host of cultural expectations. Being close to death (or believing that you are) is a unique physiological and psychological experience. It is little wonder that it produces such a confusion of sights and sounds.

The precise nature of each NDE will not be unraveled for many years. After all, catching them in action, at one of the most critical points of an individual’s life is no easy task, and the ethics of experimental interventions could prove tricky.