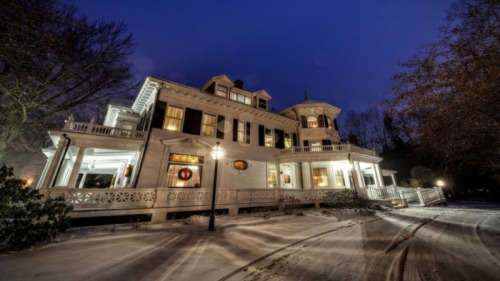 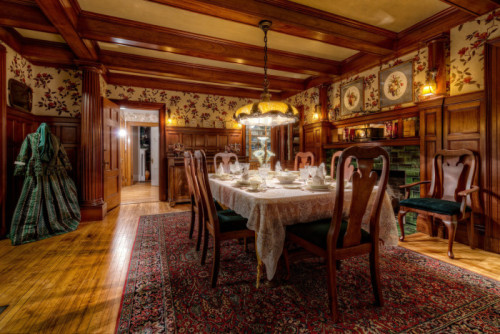 The haunted history of New England resonates strongly in the town of Winchendon, Massachusetts.  Two of the most haunted and historical locations stand side-by-side!  The Murdock-Whitney House and the Isaac Morse House have lured in paranormal investigators from all corners of the globe.  You can take their word for it, or you can investigate yourself!

It is said that a woman roams the corridors of the Murdock-Whitney House, watching closely over those that have come into her home.  She is very protective of all the things in the house and becomes extremely agitated when people enter her bedroom.  You can hear her disembodied footsteps throughout the house and it is not uncommon to hear her pacing back and forth on the third floor—a place that the staff even refuses to visit alone!

At the Isaac Morse House you are likely to encounter children laughing and playing.  This is no surprise since the first owner of the home, Mr. Morse, fathered 15 children within the walls!

Lights turning on and off of their own volition, disembodied voices, creepy EVPs, shadow figures lurking in the darkness, footsteps, doors opening and closing, objects moving, piano music playing in the middle of the night, full-bodied apparitions of an elderly woman and young children—these two beautiful historic homes hold a plethora of evidence just waiting to be documented by you!

The only question that remains—will you be brave enough to undergo a lone vigil on the third floor?!?!