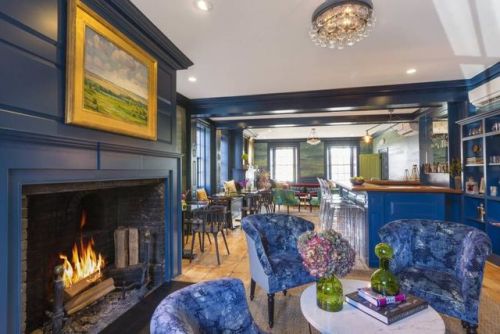 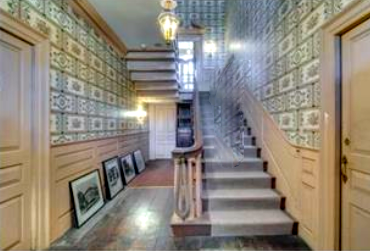 The Joshua Ward House in #Salem, #Massachusetts was constructed in 1784 over the site of the former home of High #Sheriff George Corwin, who played a vital role in the Salem Witch Trials of 1692. It’s said that Sheriff Corwin often took suspects back to the basement of his house to engage in various acts of interrogation and #torture, with many townsfolk even claiming that the man derived pleasure from these acts of violence. As the High Sheriff of Salem, he was also in charge of confiscating the property and belongings of those who were accused of #witchcraft. Four years after the Salem Witch Trials in 1696, Sheriff Corwin died of a heart attack at the age of 34, which many believed was due to a curse that was put on the man by those he sentenced to death. According to legend, his body was stored for years in the #basement of the home before finally being interred at Broad Street #Cemetery due to fear that the victims’ families would seek revenge. Since Sheriff Corwin’s death, many of the house’s residents have reported witnessing his #apparition, as well as two other vengeful #spirits believed to be a man and woman who were accused of witchcraft. In 2015 the Joshua Ward House was remodeled, and now serves as The Merchant #Hotel, where guests and employees report experiencing a variety of unexplained #paranormal activity, such as temperature fluctuations, disembodied voices, and flickering lights. Others report witnessing doors opening and closing by themselves, and objects such as books and other personal belongings being picked up and thrown by an unseen entity. The Joshua Ward House was added to the National Register of #Historic Places in October of 1978.