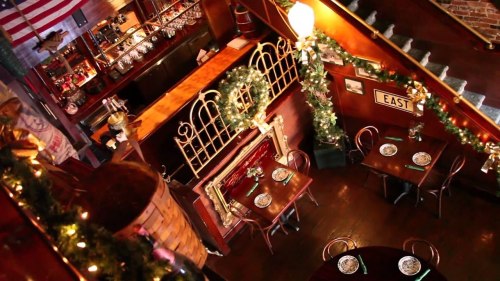 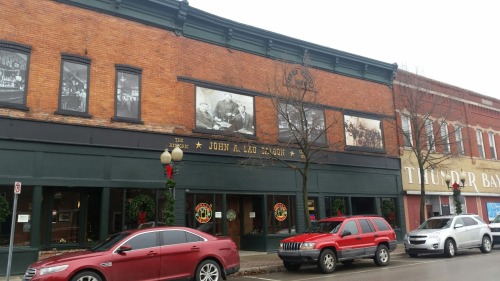 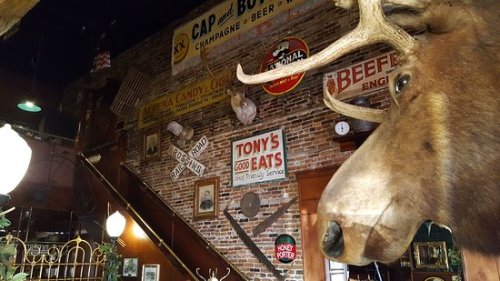 The John A. Lau #Saloon & #Restaurant in Alpena, #Michigan was first opened in 1892 by a #German immigrant named John A. Lau, and his wife Agnes. Patrons at the #historic restaurant sometimes report witnessing the #ghost of a woman in a long white dress, which many believe to be the #spirit of Agnes Lau, who passed away in 1913. Some #paranormal investigators have also theorized that the spirit #haunting the saloon may belong to an unidentified woman who died during a time when part of the building was used as the Owens #Funeral Parlor, which was located in an area where the banquet room now stands. Over time employees working at the saloon have reported experiencing additional paranormal activity, such as feeling unexplained cold spots, hearing disembodied footsteps and voices, and feeling a strange presence in the #basement where the old funeral home previously kept its #embalming tables. The woman’s spirit is also notorious for playing pranks on new employees, who claim to witness objects moving by themselves or being misplaced by an unseen entity, dishes being thrown from tabletops, and feelings of being pushed or tripped by an invisible force. Lastly, pedestrians walking by the old building late at night sometimes report witnessing the silhouette of a woman in the windows on the 2nd floor when the restaurant is closed.