Inez ClarkeOne of the most beloved of these tales involves a… 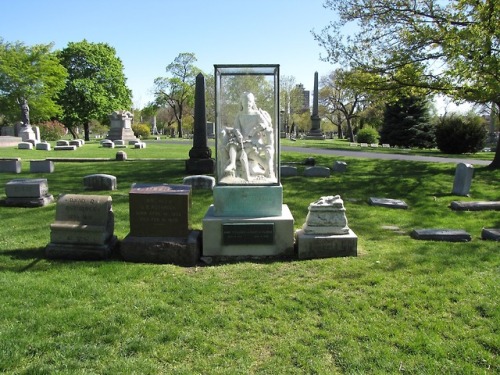 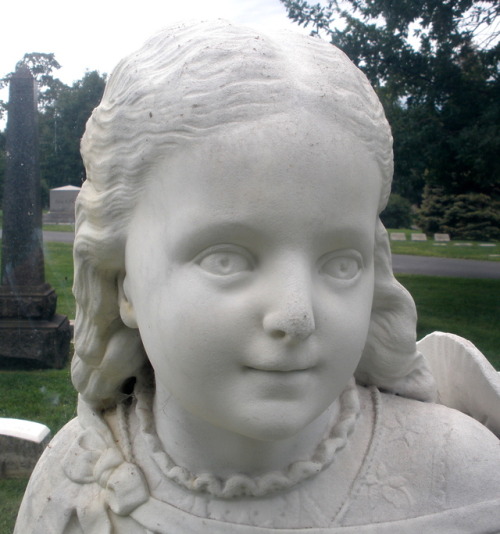 One of the most beloved of these tales involves a statue of a pretty six-year old girl wearing a frilly dress and sitting in a rustic log chair. Her name was Inez Clarke and the statue that marks her grave is enclosed in a glass box.

Inscribed below this case:

This impressive sculpture is located at Graceland Cemetery outside Chicago Illinois.

Inez was buried at Graceland in 1880. According to one legend she died when her parents forced her outdoors into a thunderstorm as punishment.

When she was struck by a thunderbolt and killed her parents now guilt ridden told others that she died of tuberculosis.

A subtler story told is that Inez was on a picnic with her parents when a sudden storm moved in. She was hit by a thunderbolt and killed instantly. Her parents inconsolable had a lovely statue made and placed at her grave in remembrance of their daughter.

Shortly after her burial, it is said Inez was not able to rest in peace. Rumors began that she haunted her gravesite. Her ghost was seen near her statue and also seen meandering throughout the cemetery.

Credible witnesses stated they saw a little girl dressed in an old-fashioned dress playing next to the glass-encased statue. Others stated they heard crying or moaning coming from this plot.

Children most often see her ghost. They state they run and play with her.

One cemetery night watchman quit his job after spotting the case empty during a violent thunderstorm. He was scared the stories about Inez’ ghost were true.

After this rumors spread that the statue above her grave would come to life during storms.

This entire story was supposedly debunked in 1910 when staff contacted the Clarke family which they thought was connected to Inez. This family knew about the old tales but denied the connection.

Soon after it was discovered that there was no one by the name of Inez Clarke in the local US Census in the late 19th century.

It was also discovered that Inez’ grave was actually the burial plot for an eight year old boy named Amos Briggs.

Then an explanation was given as to why this statue was above his grave. It was stated a Scottish sculptor offered it to the cemetery. Graceland accepted it but did not put much thought into where they placed it.

But this old explanation does not explain the inscription below Inez’s statue.

Recently, new research points to the fact Inez is buried here. She was the daughter of Mary Clarke who had her during her first marriage. So Inez’ real last name was “Briggs.”

Her grandparents most likely had the statue made. More proof that points to the fact this is the real story is her grandparents, David and Jenny Rothrock are buried right next to her grave at Graceland.

Inez ClarkeOne of the most beloved of these tales involves a…