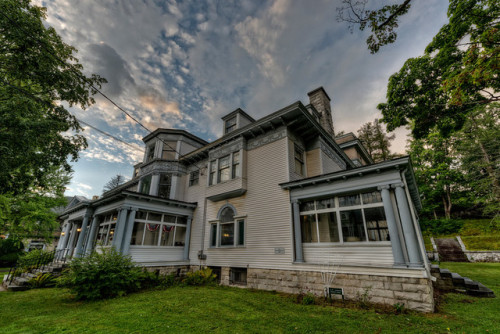 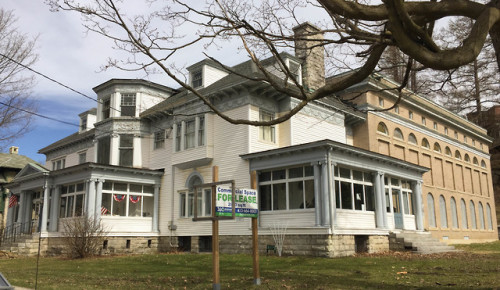 Houghton #Mansion was constructed in the late 1890’s by North Adams’ first mayor, Albert Charles #Houghton, and is said to be one of the most #haunted houses in #NewEngland. On August 1, 1914 Mr. Houghton, his daughter Mary, and two friends – Mr. Robert Hutton and his daughter Sybil – departed for a weekend trip to #Vermont in their newly purchased Pierce-Arrow touring #automobile, which was driven by the family’s chauffeur, John Widders. Shortly after departing, the family vehicle was forced to ride along the road’s dirt shoulder in Pownal, Vermont to avoid a group of #horseswhen the soft earth below began to collapse. The car was sent crashing into a steep ravine below, killing Sybil Hutton instantly. Mary Houghton died several hours later from her injuries after being rushed to the North Adams #Hospital, and on the following morning, the family chauffeur John Widders committed #suicide in the basement with a horse #pistol. ​Now their #spiritsare believed to #haunt the old mansion, as well as the #spirit of Mr. Houghton, who died on August 10th from injuries he sustained during the accident. In 1926 the Houghton Mansion was sold to a group of #FreeMasons, who now use the building as a #MasonicLodge. Many members of the lodge have reported witnessing #apparitions and #ShadowFigures, as well as hearing the sounds of disembodied voices and footsteps throughout the old mansion. Others have reported experiencing unexplained feelings of sadness and despair that subside upon leaving the location. Houghton Mansion was added to the National Register of #HistoricPlaces in October of 1985, and has been featured on several popular #ghosthunting television shows, such as #GhostHunters (Season 10), #GhostAdventures (Season 1), and Haunted Case Files (Season 1).

If you like this post, please consider supporting GhostQuest on #Patreon, and be entered into our monthly prize #giveaway!!
www.patreon.com/ghostquest_dot_net