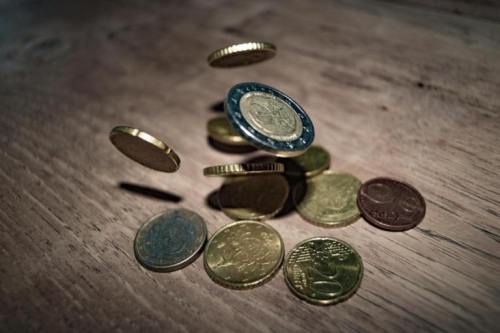 Hearing Coins Dropping – What Does it Mean?

Most of us are familiar with the film Poltergeist. It made us all petrified of spirits.  Ghosts, poltergeists, shadow people, all can send shivers down your spine.

They are the darker side of the paranormal realm, and most people wish to never encounter one.

A poltergeist is described as a ghost or supernatural being that is responsible for physical disturbances, such as making loud noises or throwing objects around.

While this sounds fairly harmless, poltergeists are often associated with negative energy, manifesting themselves in bad environments where there are strong emotions at play.

There are many, many cases recorded of poltergeist hauntings that just cannot be explained.

These go from mild cases of small noises around the house to full-on hauntings where families have had to flee their homes.

Usually, poltergeist activity doesn’t present itself as such until further investigation – but one common occurrence happens that has now been linked to paranormal activity – the sound of coins dropping.

With even just a small amount of research, an alarming amount of people can be found reporting the same story.

While each story happens a little differently – each one either has the noise of dropping coins or has actual coins seemingly falling from the sky inexplicably.

These coins seem to materialize out of nowhere and fall to the ground. This can happen outdoors or indoors, night or day.

It is such a strange phenomenon, why would coins be the chosen signal of supernatural activity?

It has come to be accepted among the paranormal community that these instances of dropping coins signal poltergeist activity.

A lot of the time, this event happens to those who are aware of the spiritual world around them, so they can easily pick up on the signs of a spirit present.

What Could The Coins Mean?

There are a few different theories of why coins are used as a mean of contact from the other side.

Some say that it has to do with the significance of coins being placed on the eyes of the dead, and others think it is just a neat little item that is shiny and makes a noise when dropped, kind of signaling “hey, I am here!”

Whatever the significance may be, the stories are all eerily similar, and there can be no doubt that there is some strange energy at work when these coins are dropped from nowhere.