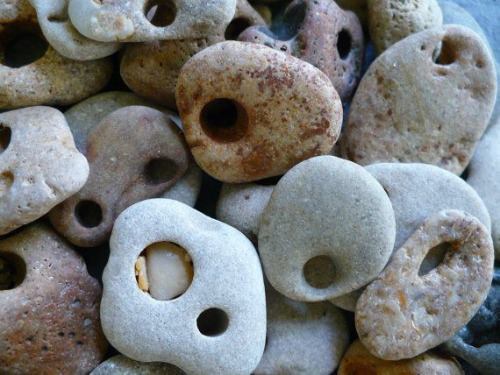 Hag stones, also known as Holey Stones or Witch Stones, are stones that have a naturally occurring hole and are usually found near oceans and other bodies of water. They are said to be powerful protection talismans, and when worn or carried they protect the bearer from curses, hexes, negative spirits, and harm. They have also been used to prevent nightmares, being strung on a bedpost or placed underneath pillows. It is also believed that if you peer through the hole of the stone that you can see the Fae Folk and otherworldly entities. If one broke, it is thought to have used its power to protect a life.