Grand Hotel in Mackinac Island, Michigan:The Grand #Hotel is a… 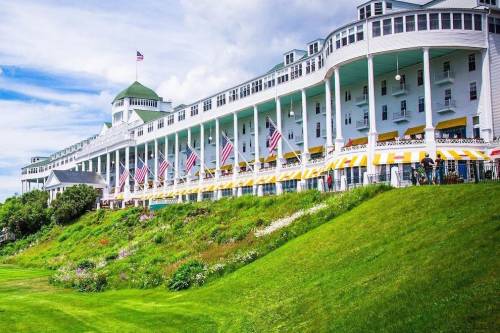 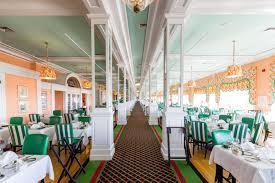 The Grand #Hotel is a historic coastal #resort and hotel in #MackinacIsland, #Michigan. It was constructed in 1887, and is said to be one of the most #haunted hotels in Michigan due to being built over the site of a former burial ground. According to local historians, builders began unearthing skeletal remains shortly after beginning construction on the #GrandHotel, but were unable to adequately handle the relocation of the corpses. The building of the Grand Hotel continued as planned though, with many #historical experts claiming that hundreds of undiscovered bodies may still be buried at the location in unmarked graves. It is now said to be haunted by the #spirits of these men and women whose final resting places were disturbed by the Grand Hotel’s construction, and whose #apparitions are often seen wearing clothing from the 1700’s and 1800’s. It’s believed the hotel is also haunted by several other spectral entities, including a young girl named #Rebecca who is frequently seen by guests staying on the hotel’s 4th floor, who is believed to have passed away in the hotel. Another spirit said to haunt the Grand Hotel is that of a woman in black seen walking a large dog on the porch after sunset. Employees working at the Grand Hotel at night also report feeling a strange presence, as if being watched by an unseen #entity, and many also claim that the location is haunted by a dark, #EvilSpirit with glowing red eyes who appears to torment and oppress certain employees or guests. The Grand Hotel was added to the National Register of Historic Places in May of 1972.

Grand Hotel in Mackinac Island, Michigan:The Grand #Hotel is a…