Ghosts of HollywoodEven after death, some Hollywood celebrities… 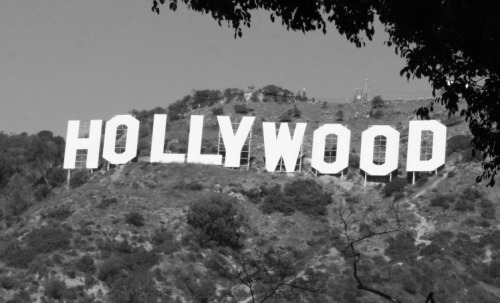 Even after death, some Hollywood celebrities can’t stop putting in appearances

The Hollywood Roosevelt Hotel on Hollywood Boulevard is said to be the current residence of several ghosts of popular film stars. Marilyn Monroe, the glamorous and funny star of such pictures as Some Like It Hot and Gentlemen Prefer Blondes, was a frequent guest of the Roosevelt at the height of her popularity. And although she died in her Brentwood home, her image has been seen on several occasions in a full-length mirror that once hung in her poolside suite. The mirror has been relocated to the hotel’s lower level by the elevators.

Another respected star who died before his time, Montgomery Clift, was a four-time Oscar nominated actor who is best known for his roles in A Place in the Sun, From Here to Eternity and Judgment at Nuremberg. His ghost has also been seen at the Roosevelt. According to some of the hotel’s staff, Clift’s spirit haunts room number 928. Clift stayed in that suite in 1953, pacing back and forth, memorizing his lines for From Here to Eternity. Loud, unexplained noises have been heard coming from the empty suite, and its phone is occasionally found mysteriously off the hook.

Perhaps it’s fitting that the Hollywood Roosevelt should be the stirring place of celebrity ghosts since it was the site of the very first Academy Awards ceremony in 1929. In fact, the Blossom Ballroom, where the ceremony was held, has an unexplained cold spot – a circular area measuring 30 inches in diameter that remains about 10 degrees colder than the rest of the room.

Houdini is best known as a magician and escape artist, of course, but at the height of his fame he was also drawn to Hollywood, where he made a handful of silent films from 1919 to 1923. With such titles as The Man from Beyond and Haldane of the Secret Service (which he also directed), the films were not regarded well enough to give him much of a Hollywood career. Houdini’s interest in the occult was well known, and although he earned a reputation as a masterful debunker of séances, he earnestly sought contact with those who have passed on to the other side. Shortly before his death, Houdini made a pact with his wife Bess that if he could, he would return and make contact with her from the other side. Perhaps he truly has attempted to return. Some claim to have seen the ghost of the great Houdini walking around in the home he owned on Laurel Canyon Blvd. in the Hollywood Hills. Film historians Laurie Jacobson and Marc Wanamaker, in their book Hollywood Haunted, dispute this story, saying that “Houdini most likely never even set foot in the Laurel Canyon mansion he is said to haunt.”

Clifton Webb was a very popular star of the 1940s and ’50s, earning two Oscar nominations for his roles in Laura and The Razor’s Edge. He may be best known for his portrayal of Mr. Belvedere in a series of films. It’s not too often that a ghost haunts the place in which the person is buried, but this seems to be the case for Webb. His ghost has been seen at the Abbey of the Psalms, Hollywood Memorial Cemetery, where his body is interred. But it seems to be a restless spirit, as his ghost has also been encountered at his old home on Rexford Drive in Beverly Hills.

Thelma Todd was a hot young star in the 1930s. She was featured in a number of hit comedies with the likes of The Marx Brothers, Laurel and Hardy, and Buster Keaton. But that all ended in 1935 when Todd was found dead in her car, which was parked above the café she owned on the Pacific Coast Highway. Strangely, her death was ruled an accidental suicide, but many suspected murder and a coverup by powerful Hollywood figures. The building that once housed the café is now owed by Paulist Productions, and employees have reportedly witnessed the starlet’s ghost descending the stairs.

Ince is considered one of the visionary pioneers of American movies. He was one of the most respected directors of the silent era, best known, perhaps, for his westerns starring William S. Hart. He partnered with other early Hollywood giants such as D.W. Griffith and Mack Sennett, and founded Culver Studios, which later became MGM. Ironically, Ince’s death overshadowed his film legacy. He died aboard William Randolph Hearst’s yacht in 1924, and although the official record shows the cause of death as heart failure, the hot rumor is that he was shot by Hearst in a fit a jealousy over Hearst’s wife, Marion Davies. Ince’s ghost – as well as several other ghostly figures – have been seen in the lot that was once Culver Studios. Film crew members have seen the specter of a man matching Ince’s description on several occasions; in one instance, when the workers tried to speak to the spirit, it turned and disappeared through a wall.

Ghosts and hauntings are the last thing that come to mind when you think of the perpetually cheerful Ozzie and Harriet Nelson. The couple, with their real-life sons Ricky and David, were stars of the long-running sitcom “Ozzie and Harriet,” noted for its good-natured, gentle humor. Yet poor Ozzie doesn’t seem to be as contented in the afterlife. Family members, it is said, have seen Ozzie’s ghost in the family’s old Hollywood home, and it always appears to be in a somber mood. Perhaps he’s unhappy about how another Ozzy and his family have gained notoriety on TV.

From 1953 to 1957, George Reeves was TV’s Superman. Reeves had been around Hollywood for a while, playing bit parts in such films as Gone with the Wind and dozens of B-movies, but it was “The Adventures of Superman” on TV that brought him fame. Reeves died of a gunshot at his home in 1959. The official cause of death was suicide, but that conclusion has been hotly disputed, with some believing that Reeves was murdered. Whether it was suicide or murder, Reeves ghost has been seen in his Beverly Hills home. A couple claims to have seen the ghost of Reeves – decked out in his Superman costume – materialize in the bedroom where he died, after which it slowly faded away.
Others believe that Reeves succumbed to the “Superman curse,” in which those associated with the fictional character over the years allegedly have met with disaster or death. But is there really a curse? Read “The Truth About the Superman Curse” by Superman expert Brian McKernan.

Jean Harlow – The spirit of this blonde bombshell is said to haunt the bedroom of her home on North Palm Drive, where her husband allegedly used to beat her.

Mary Pickford – This legend of the silent era – actress, writer and producer – was co-founder of United Artists with her husband Douglas Fairbanks and Charlie Chaplin. Comic Buddy Rogers, who lived in the house Pickford once owned, saw her ghost appear in a white ruffled dress.

Grace Kelly – Princess Stephanie of Monaco believes that the ghost of her mother, Grace Kelly, helped her write a song from the spirit world.

Celebrities Who Have Seen Ghosts

Nicholas Cage – This Oscar-winning actor (Leaving Las Vegas) refused to stay in uncle Francis Ford Coppola’s home after seeing a ghost in the attic. (Cage was also cast as Superman in director Tim Burton’s film project, which was never made.)

Keanu Reeves – The star of The Matrix films and Devil’s Advocate was just a kid in New Jersey when he saw a ghost that took the form of a white double-breasted suit come into his room one night. He wasn’t imagining it; his nanny saw the phantom, too.

Neve Campbell – She’s been in more than her share of paranormal-themed movies (The Craft, Scream), but she’s had real-life encounters as well. A woman was murdered in the house she now lives in, and friends have seen her ghost walking around.

Matthew McConaughey – This popular actor (Contact) says he freaked out the first time he saw the ghost of an old woman, whom he calls “Madame Blue,” floating around his house.

Tim Robbins – Robbins, who was nominated for an Oscar in Mystic River, didn’t see ghosts, but strongly felt their presence when he moved into an apartment in 1984. Following his instinct, he moved out the next day.

Hugh Grant – British romantic comedy lead Hugh Grant (Love Actually) says he and friends have heard the wailing and screaming of some tormented spirit in his Los Angeles home. He even speculates it might be the ghost of a former resident – Bette Davis.

Dan Aykroyd – The Ghostbusters star (and Oscar-nominated for Driving Miss Daisy) has long had a fascination with the paranormal. He believes his home, once owned by Cass Elliot of The Mamas and The Papas, is haunted. “A ghost certainly haunts my house,” he said. “It once even crawled into bed with me. The ghost also turns on the Stairmaster and moves jewelry across the dresser. I’m sure it’s Mama Cass because you get the feeling it’s a big ghost.”

Sting – Rock star Sting (Lock, Stock and Two Smoking Barrels) and his wife Trudie have seen ghosts in their home. “I was absolutely terrified,” he said. “I now believe those things are out there, but I have no explanation for them.”

Jean Claude Van Damme – The Belgian action star (Timecop), also known as “Muscles from Brussels,” swears he saw a ghost in his bathroom mirror while he was brushing his teeth.

Richard Dreyfuss – He won an Oscar for The Goodbye Girl, but at one time had a cocaine problem. Visions of a ghost, he said, helped him kick the habit. “I had a car crash in the late 1970s,” Dreyfuss said, “when I was really screwed up, and I started seeing these ghostly visions of a little girl every night. I couldn’t shake this image. Every day it became clearer and I didn’t know who the hell she was. Then I realized that kid was either the child I didn’t kill the night I smashed up my car, or it was the daughter that I didn’t have yet. I immediately sobered up.”

Ethan Hawke and Uma Thurman – This Hollywood couple was forced to flee their “dream home” in Sneden’s Landing, N.Y. when it became all too apparent that it was haunted. They still are reluctant to talk about their frightening encounters.

Belinda Carlisle – This pop singer and founding member of The Go-Gos, who appeared in Swing Shift and She’s Having a Baby, says she saw a “misty shape” hovering over her as she lay in bed one night. She also says that when she was 17, while nodding off to sleep in a chair in her parents’ home, she levitated and had an out-of-body experience.

Elke Sommers – This German-born actress, who appeared in the 1966 film The Oscar, claims to have seen the ghost of a middle-aged man in a white shirt in her home in North Beverly Hills. Guests in her home have also seen the specter. So much paranormal activity was reported in the house that the American Society for Psychical Research was brought in, and which verified the unexplained events. The severely haunted house was bought and sold more than 17 times since Sommers vacated it, and many have reported ghostly phenomena.

Paul McCartney – Ex-Beatle and Oscar-nominated songwriter (“Live and Let Die”) says that he, George Harrison and Ringo Starr sensed the playful spirit of John Lennon when they were recording Lennon’s song, “Free As A Bird” in 1995. “There were a lot of strange goings-on in the studio – noises that shouldn’t have been there and equipment doing all manner of weird things. There was just an overall feeling that John was around.”

Ghosts of HollywoodEven after death, some Hollywood celebrities…