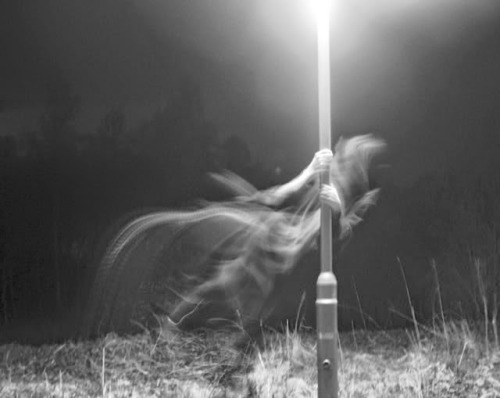 Friends and family do not and in many cases will not believe you or your claims of a paranormal activity or haunting occurring to you unless they have the experience with you simultaneously. Though some might be taken for their word.

Ghost and spirits especially evil or demonic forces will play tricks on you and those around you. Something’s might be a subtle as making small objects go missing and putting right back in front of you.

A revenant is a deceased person returning from the dead to haunt the living, either as a disembodied ghost or alternatively as an animated (“undead”) corpse. Also related is the concept of a fetch, the visible ghost or spirit of a person yet alive, a notion widespread in shamanistic cultures.

No two hauntings are ever the same. No mater if you experience chills and thrills to the same degree at every investigation you undertake. Each real ghost has different motives and personal agendas to why they haunt a specific haunted house location, public place, person or thing. The real question I am often asked is why do ghosts really haunt us?

Many believe that a real ghost haunts the living because they have unfinished business. In many cases this might be correct. But ghost also haunt the living for more assorted in depth reasons then that. It might be to protect property that they believe they still own. Some ghost want to protect their earthly treasures from those that might take it exploit it or misuse it. While still others haunt us and act out because they seek revenge or just might be plain bored wit the afterlife.

Earth Bound spirits or ghosts as they are often referred to as, often stay around fearing their final end. Many have stated to me they are afraid they might just end up in Hell. Others who travel between our world tell of the fact that they do not believe that there is anymore levels of the afterlife other then what they actually experience.

There is often the belief that many ghosts do not believe they are dead and keep living out their lives as if alive. In a lf very few conversations I have found this to be true but not the rule. Those that do not know they are dead or often freshly deceased individuals who catch on real quick to their circumstance by the things they witness. Changes in family reactions as well as witnessing their own autopsies and funerals.

Some ghosts often speak of their own personal Heavens filled with the living and the dead. The fact that they state that they have made a new life or after life in the spirit world filled with the beautiful home they always wanted.

A ghost has been often defined as the disembodied spirit or soul of a deceased person, But it can also refer to the spirit forms of animals and our beloved deceased pets. Although in popular usage the term refers only to the apparition of such a person. Many have reported seeing or experiencing hauntings from their dogs, cats and even pet reptiles coming back to visit them from beyond the grave.

Often described as immaterial and partly transparent, real ghosts are reported to haunt particular locations or people that they were associated with in life or at time of death. They even go and visit those that have not seen or spoken to for many years just to check up on them and see how their lives have paned out. Phantom armies, ghost-animals, ghost trains and phantom ships have also been reported.

Ghost are often said to haunt particular items such as furniture like haunted beds, chairs and even are said to be locked into bottles, boxes, and mirrors. Haunted dolls seems to be all the rage today as are the many reports of haunted cars, jewelry such as rings and pendants, earrings, clothes and shoes. Nothing inanimate seems to be safe from becoming haunted and even computers, cell phones and other electronic devices seem to not be immune.