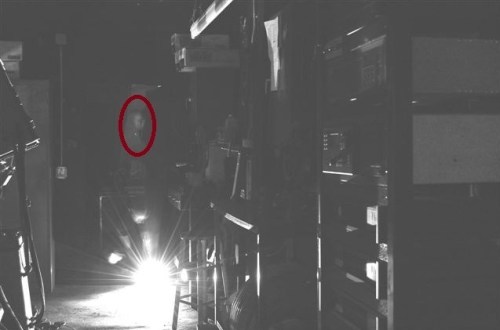 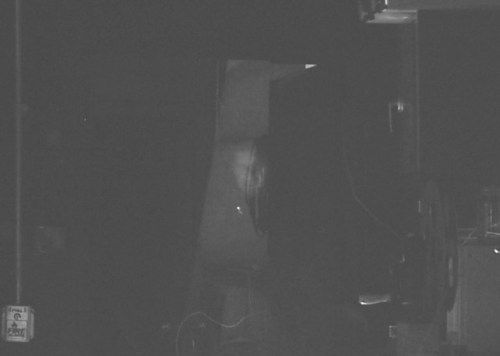 In 1965, projectionist Foster “Fink” Finley collapsed at the Tampa Theatre and later died of a heart attack. Fink dedicated 30 years of his life to running the projectors at the historic theater, and the devoted employee is said to haunt the building to this day. I toured the Theater in 2009 but captured nothing strange.

However, one reader had better luck…“What you are looking at is the east entrance of the projection booth. You see a guy to the left looking at a guy kneeling with his hand on his chin, and you see a guy standing behind him. Well, including the camera man, there are only 3 people in the projection booth. The guy standing behind the kneeling guy was not there when the pic was taken…”